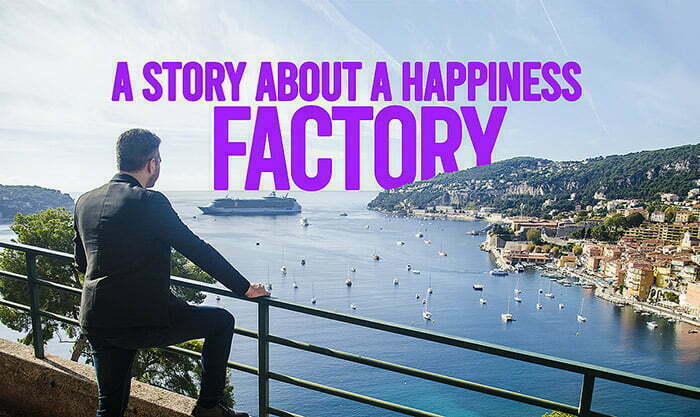 Hi, I’m Alex Monaco, one of the sincerest bloggers on the web. I write about self-development, digital marketing, and I sometimes create parables. In a moment, you will read one of them.

Once upon a time, a clever guy (like Elon Musk) created a company named Happydee. This revolutionary enterprise turned the world upside down. They privatized happiness and built factories, where they began to produce happiness. 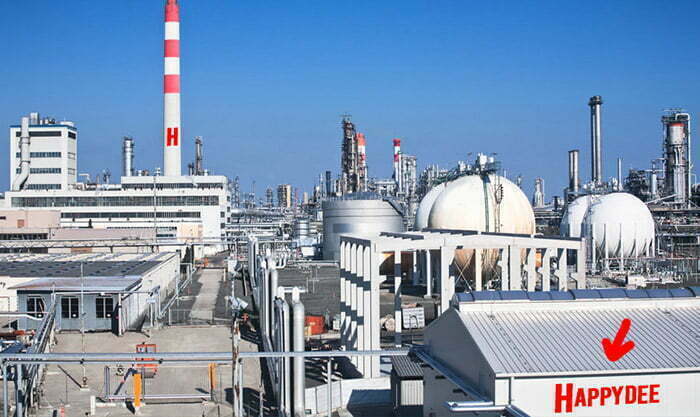 The happiness factory produced happiness in various shapes, sizes, and colors. It was possible to pour, freeze, and cut it; otherwise, how else could happiness be shared with friends? You could cut off a bigger piece for a friend, but you could not even share a crumb with an enemy, as happiness costs.

The factories’ management took great care of the logistics, as everything was done following standards developed by Jeff Bezos. Anyone could therefore acquire happiness easily: millionaires, rock stars, and all sorts of other personalities. Some would pick it up in the shops, others would order through platforms such as Amazon and eBay. One fellow, Mr. John, also used to buy happiness. He lived in Boston. He was a simple man and an ordinary US citizen.

One day, one of his childhood friends came to visit him. While they drank coffee, his friend leaned towards him and quietly said:

“Have you ever given thought to why you buy happiness from Happydee? After all, can’t we just make it ourselves?”

“True, why do I have to buy happiness elsewhere if I can just create it myself?” responded John aloud, before adding: “But the sale of happiness is privatized, and if we buy it elsewhere, we will face problems from Happydee lawyers.”

His childhood friend got up from his chair. He approached the window, knocked on it a few times, and exclaimed:

“The gang is ready!”

He was right. There was an intimidating gang standing out on the street. One man had a shovel, and another sported a pair of glasses. He resembled the marketer named Alex Monaco. Three professors stood next to him. They were most likely there to explain what ingredients were needed to manufacture happiness in the factory. Next to the guy with a shovel stood a man with a gun.

“Why does he need that gun?” asked John

His childhood friend responded: Once the factory is built, an ordinary Robin Hood might emerge who will try to steal the happiness that’s manufactured and then give it away to others.”

John was invited to a secret meeting, where the three professors made a speech. This is what they said:

“Please accept our apologies, but after lengthy research, we have reached the conclusion that it is impossible to produce happiness in any factory. It can only be created by a person in their mind.”

“So, how does Happydee exist then? Why do we even buy happiness there?” angrily clamored the crowd.

Everyone at the secret meeting was angry.

The professors replied: “People think that they are buying happiness when in fact they are buying things. Clothes, dresses, nice shoes and cars, all of these are only tools of happiness. We need these things because we think we are not worthy of happiness if we don’t possess them, and only once we get these things, we tell our brains to release substances that make us feel better.”

Understandably, no one believed the professors and, therefore, billions of people are currently trying to create their own happiness factory or purchase the products made by other happiness factories. Only a few of us understand what is happening. Only a few people rely on the scientific research that proves that the happiness factory is in our minds. This manufacturing plant in our minds is capable of creating emotions. It does it without money—it only requires a wish. Unfortunately, few know how to control this factory. After all, it’s not only capable of producing bliss but other things as well!