Paulo Coelho’s The Alchemist is unquestionably a favorite among readers who enjoy intellectual and/or travel books. Many people’s lives have been impacted by this remarkable tale. But it’s not the only book that has positively impacted people’s lives. Keeping this in mind, I hand-picked 7 great books like The Alchemist, so here are a few intriguing titles to consider. 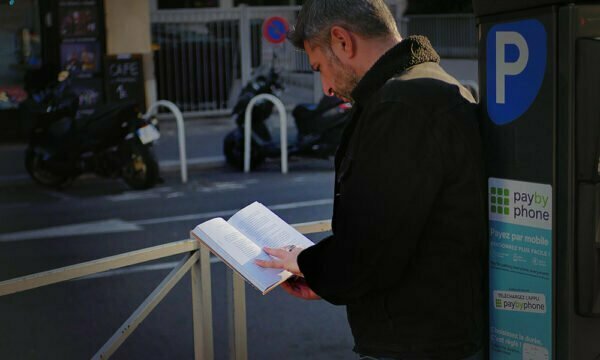 Way of the Peaceful Warrior, by Dan Millman 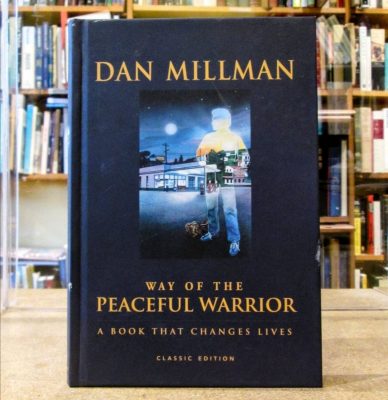 If you’ve just finished The Alchemist and are looking for a new book to read, Dan Millman’s Way of the Peaceful Warrior could be perfect for your next read.

The story begins during a young man’s college years, a perfect time to figure out what you want out of life.

Dan is the prototypical high achiever; nevertheless, despite the fact that he is quite good at what he does, he doesn’t feel that his work brings him any satisfaction. At that moment, he meets an elderly man whom he calls Socrates.

People who are having trouble figuring out what is truly important in life would benefit greatly from reading this book from the list of books similar to The Alchemist.

It teaches a valuable lesson about life and makes use of potent words and sayings that assist the reader in better comprehending the significance of the content of the book. This demonstrates how often young people believe they have complete control over their lives, even when the reality is that they don’t have any influence over anything.

I would recommend this book to anyone who likes to be challenged, who is interested in gaining some valuable insight into life, and who enjoys reading a story that has a wealth of information. Reading this book has been a wonderful experience for me. It has been really beneficial to me in many ways.

One Hundred Years of Solitude, by Gabriel Garcia Marquez 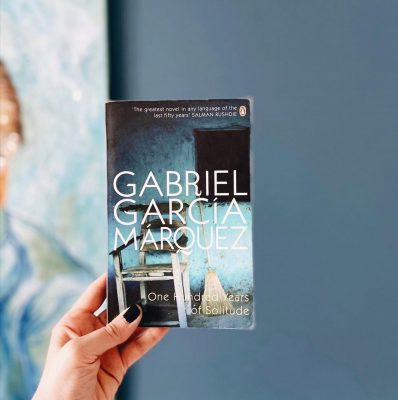 One Hundred Years of Solitude, written by Gabriel Garcia Marquez and considered to be one of the books that have sold the most copies in the history of the Spanish language, is another excellent choice for readers who appreciate The Alchemist for all of the philosophical richness it contained.

It details the lives of seven generations of the Buendia family as they lived in a Colombian town during the course of the novel.

This book is an excellent choice to consider reading if you are interested in reading books like The Alchemist, which is also written by an author from a South American country. Many believe One Hundred Years of Solitude to be Gabriel Garcia Marquez’s greatest work, and it will open your mind to a unique literary style. 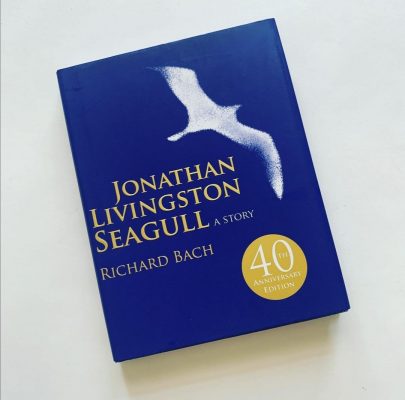 Jonathan Livingston Seagull is another timeless masterpiece that, like The Alchemist, has been an inspiration to a great number of people during various stages of their own personal development. This is a fable about a seagull who aspires to be something extraordinary but cannot achieve it. As a result, he challenges himself to fearlessly take on new difficulties while simultaneously searching for inner calm and tenacity.

First and foremost, I believe that this book will resonate most with individuals who describe themselves as being “outcasted” by others. Therefore, if you have a natural tendency to challenge the status quo or if you simply want to establish a reputation for yourself in your own special way, then this motivational story is most certainly for you!

My opinion is that Jonathan Livingston Seagull is one of the most inspiring books like The Alchemist that can be found. It’s a wonderful book that has endured the test of time because it is smart, life-affirming, and beautiful.

The Five People You Meet in Heaven, by Mitch Albom 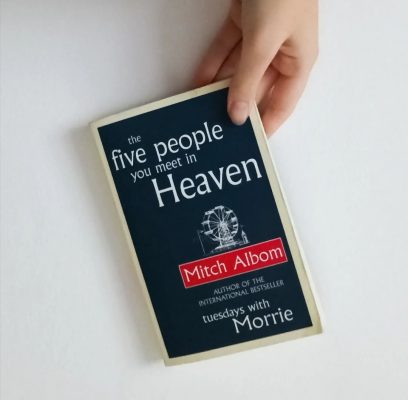 It’s my sincere opinion that The Five People You Meet in Heaven by Mitch Albom should be mentioned in this context of life changing books like The Alchemist.

The protagonist of this book is named Eddie, and he is an employee at an amusement park. Eddie tragically loses his life while attempting to save a young child. He arrives in heaven and is reunited with the five people who, although he was unaware of their significance, played a significant role in determining the meaning of his existence.

The basic premise of this story is a parable, and it asks you to reflect on the individuals in your life who will assist you in achieving the bigger goals that you have set for yourself.

Life of Pi, by Yann Martel 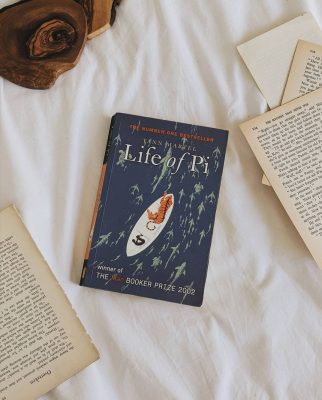 The reading experience of Life of Pi is enchanted, as it bestows upon its audience priceless nuggets of wisdom in this world. Our horizontal expansion of imagination is stretched to its furthest capacity by the book’s front page, which depicts an endless ocean.

The cryptic components of the book, which are organized into three sections, transport the reader into a realm that lies somewhere between reality and delusion. The first portion of the story focuses on the life of a young child who lives in immense ecstasy while he explores the mysteries of the world around him. The second half of the story is about the dangerous journey that Richard Parker, the tiger, takes across the ocean. After a long and difficult struggle, the final step is to hand over control to God. This is the third part.

In 2012, Ang Lee adapted Yann Martel’s novel Life of Pi into a film that went on to earn an award. Those who are looking for a book like The Alchemist should not pass up the opportunity to read this magnificent work. 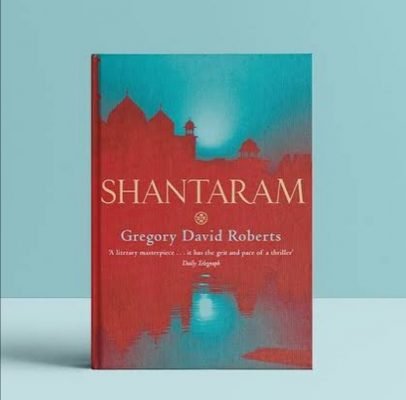 There are a lot of books, like “The Alchemist,” that do a good job of combining the exotic feeling of travel with philosophical undertones. Shantaram is the perfect candidate for this part.

Even if you have never travelled to the subcontinent and have no plans to do so in the foreseeable future, you should still read it since it is an excellent book. It is one of the novels that is read the most frequently by tourists in India.

In addition to this, the story takes place in the seedier parts of present-day Bombay. You are introduced to Lin, a convict who is leaving Australia, while he is attempting to fit in amid the crowded crowds in India. The narrative is a compilation of his experiences while living as a foreigner in India, and it illustrates what life is like through his encounters with a variety of people from a variety of backgrounds.

It is an excellent choice if you are searching for additional novels that are similar to The Alchemist because it deftly blends an exciting journey adventure with a lot of philosophical writings and lessons. This makes it a great choice if you’re looking for books like The Alchemist. 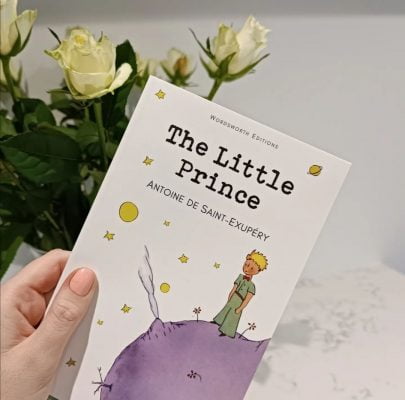 The Little Prince is universally regarded as one of the best-loved stories that have ever been written. This novel, written in French, depicts the narrative of a young kid who decides to travel far away from his isolated home planet in order to find companionship. The Little Prince picks up important lessons about life and love as he travels through the land, thanks to the company he keeps and the people he meets along the way.

Don’t be deceived by the fact that The Little Prince is a quick read and that the author has included some lovely images in the book. This little volume is crammed to the brim with valuable life advice and philosophical musings. Since it was first released to the public in 1943, The Little Prince has been adapted into a number of different forms for the theatre and screen.

If you found the fable-like features and allegorical concepts in The Alchemist to be entertaining, then you shouldn’t hesitate to add The Little Prince to your list of books to read. It’s worth it.

Have you read any other good reads that have inspired you in the same way that The Alchemist did? Do you have any suggestions for books that should have been added to this list but weren’t? Share your thoughts with me in the comments section below!