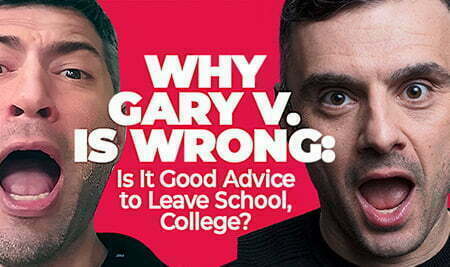 In the last decade, it has become fashionable to argue that education is worthless, so many YouTubers (Daniel Ally, Prince Ea, Gary Vaynerchuk) suggest quitting school. Some suggest spending more time on your favorite activities, while others encourage spitting on traditional education and starting a business. Such proposals raise giant clouds of dust that we will disperse today. Oh yes, in just a moment, I will answer the question as to which one of these pieces of advice is better:
1. Get as far away from educational institutions as possible and start a business or do what lies closer to your heart.
2. Watch all seasons of Game of Thrones for a second time.
3. Enroll in college, university, even if your wishes are to do something else.

I will answer this question using the wisest philosophy in the world that has all the answers. Based on this philosophy, I say that both answers are correct. In other words, it’s cool when you can be successful without graduating, but it’s even cooler when you can learn and engage in a favorite activity (or build a business) at the same time!

So, the question arises whether to satisfy your personal or parental desires. It’s wise to choose both, because, I repeat: “It’s great when you do what you like, but it’s even better when, in doing what you like, you also consider your parents’ wishes because you are not a 100% selfish idiot.”

“Ohhh, what nonsense, Alex! Do you suggest studying and working at the same time??? Do you suggest pleasing yourself and others at the same time? Where does one find so much time? It’s impossible to get everything done!” someone will exclaim. I have a few answers, but first, become my student! I will teach you time management! You will be able to achieve everything on time like Arnold Schwarzenegger does! (He managed to study, attend acting, play sports, and date a girl). But you have to understand one important thing: IN LIFE, IT’S VERY IMPORTANT TO LEARN TO MANAGE YOUR TIME JUST LIKE BRIAN TRACY AND ALEX MONACO DO. (Screw it, after learning how to manage your time, you can really make time for everything, and you can also watch through all Games of Thrones seasons two or three times.)

“Are you saying Gary Vaynerchuk Is Wrong? Why be so negative?” will bring up a fan to whom I will admit that I am a big fan of Gary Vaynerchuk. I adore these two Youtubers. They inspire, especially the businessman, Gary, who has been labeled the world’s most famous motivator. But there are a few interesting things that cannot be bypassed. You see, Gary was once invited to the Larry King show. During his appearance on the program, Gary stated, “school failed me.” The paradox is that Gary Vaynerchuk was sitting in the same room with Larry King while speaking about “failing.” 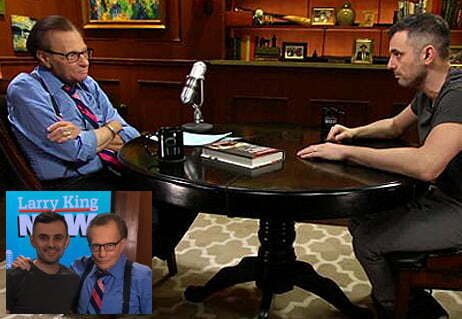 Let’s face it; do you need gunpowder to get to Larry King?

Where did Gary get the gunpowder? Was it not the things with which he opposed and disagreed?

Understand that everything he experienced helped to shape his character.

So answer me this question: Did school really fail Gary?

Something doesn’t fit together here, my dear…

This proves that school cannot kill your financial success if you have an entrepreneurial spirit.

Besides, in his stories, Gary always remembers how he sold lemonade at the same time he was studying. This is particularly important to note because if he managed to devote his time to school and business, why can’t others do the same?

Let’s look at some examples…

There are lots of them…

Do you know the guy who made the blue social networking site? Oh yeah, Zuckerberg proves you can be flexible. He attended university, not forgetting the creation of Facebook. Therefore, Gary Vee’s proposal to quit school is unwise.

WHAT I WANT TO SAY WHEN I SAY THAT GARY VAYNERCHUK IS WRONG.

While Gary’s statements are correct, he is not 100% right because everyone’s situation is different. For some people, education helped them take root and build a business, while for others, the opposite happened. Because people are different. After all, there are young people who don’t want to build a business, so they go to music or art school instead. There are also those who study medicine and create a great future, which once again proves that the truth lies somewhere in the middle. Therefore, do not be angry, ladies and gentlemen, for me repeating this sentence a second time: It’s cool if you become a successful person who screws learning, but it’s even cooler if you achieve your dreams without giving up your studies!

This sentence is not one-sided since it helps parents and their children (under the pressure of education) to find a compromise.

We’re not only talking about education.

This article is multifaceted, as it covers selections from different categories.

For example, you have two business ideas and cannot choose the best one. In this case, the answer is simple. It sounds like this: “You’re cool if you run one business, but you’ll inspire me even more if you manage to run two businesses simultaneously.”

Gary Vaynerchuk would agree with me, as he follows this truth. He has ten different businesses, hobbies, and… Thus, when he says education gets in the way, Gary contradicts himself. Instead, it’s better to say that people are capable of managing anything! Because it’s true, people can manage anything! They just have to want it! You can study in the morning and sell lemonade in the evening. In my case, I sold blueberries on school days. So answer me: Why in the hell is Gary standing on one side of the barricade, with those who spit on teachers? The person who stands on just one side of the barricades is not wise. Wiser is the person who can unite those who stand on both sides of different barricades.

And you, which side of the barricade did you choose?