I know who you are. I was once you. And I also wanted more freedom. However, I have already solved this issue. And now I’m in a place where I wanted to be. I adore this life and all its components. I feel the greatest peace. And the point is not even that I know what I want, but that I know WHAT IS WORTH ACHIEVING. Therefore, I’m envied by those who make golden toilets out of misfortune and by others who… In a word, Shakespeare didn’t create words to describe my emotions. 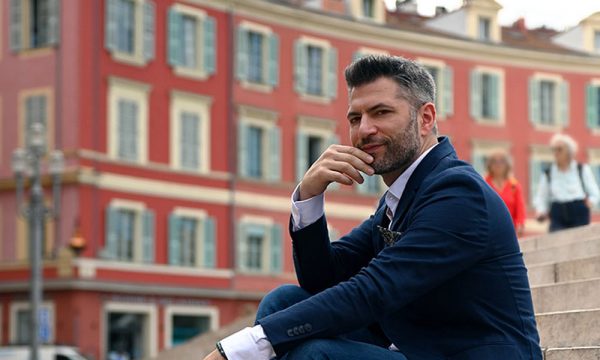 So, now that I have achieved what I wanted the most, all that’s left is to talk about the mistakes you shouldn’t repeat. That’s what I’m going to do. Today I will tell you how to be free. It will be sincere. After all, I am the most sincere blogger in the world. Although this article is short, you will find answers here for which, unfortunately, 99% of people will only mature after ten years.

Let’s start with the first truth that explains what is what.

Rule no. 1: A person who claims that his ideology (philosophy or method of self-development) is the truest is imprisoned in his own ideology.

This means that if I were to give you two pills (like Morpheus), it would turn out that I am a fraud who offers you prepared paths that I have already decided on. As it is with democracy. Do you know the difference between a democracy and a dictatorship? The fact that dictatorship gives only one choice. And democracy presents several options to make it seem like you have a choice. But if you choose one of the two presidents, you still get the same crap. Similarly, with philosophies. They’ve been handed to you on a plate. You open a philosophy book. What names do you see? Kant? Aristotle? Cheatsheets. I’m not saying they’re bad. But there are better ones. And you don’t know them. Because they are neither popular nor useful for some… Or maybe I’m wrong? Then answer, who popularized those philosophers known to mankind? Education system? I can already see who is sitting on the throne.

And others don’t even try. They give only one choice. Look at the “servants of God.” The priest mutters, “My God is the best! Pray to my God only and have no other gods!”

And even minimalists who suggest getting rid of EVERYTHING you don’t need will try to cram you into the 1,000 rules of being a minimalist, which is absurd because minimalism should simplify your life, not imprison you in constant thoughts about whether you need a green-colored plate!

And you can only shrug your shoulders while listening to the representatives of democracy trying to encroach on territories that do not belong to them, where democracy is also propagated. Saliva splashes. You are not fools and understand what I mean. And for those who didn’t understand, I will translate into English: All ideologies, philosophies, and ways of life are created to imprison and enslave you.

Slavoj Žižek, one of the most renowned philosophers, will give the answer. I respect him because he is free. Strange, funny, but free. He didn’t learn to speak beautifully; he doesn’t wear a suit like Jordan Peterson. I’m not saying to throw out your suit, I wear it sometimes too, but Jordan Peterson is too uptight. And while Peterson is putting on a tie again (I am freer than him because I put on a tie only for fun), Slavoj Žižek says, “To be free, you must always act differently than what is suggested.”

Žižek is partly right, but there will be people who will think better in 300 years, and their proposals will improve.

But I know what they will say.

(They will use synonyms such as philosophical omnism. They will talk about post-post-modernism, which, by the way, will be quite obsolete thing.)

And if I tell you about what will happen in the future, only I will understand myself. Although… Damn. I will write what I know. Just read between the lines.

The essence of it is that you can’t not choose everything. Yes, you CAN’T NOT CHOOSE EVERYTHING. That means that no matter how you run away from ideologies, the debris of ideologies will still cling to your feet, making it hard for you to walk. It will be hard because so far you are walking with your eyes closed.

On the other hand, non-choice is often structured as well. It’s hard to understand, but I’ll try to clarify it.

Even a sluggard, who spat at the entire world, has habits and smokes a day thrice by the same rotten window. Standing by the same window, it seems to him that he has hacked the system because he chose a cigarette that his parents wouldn’t allow him to smoke. The ideology of a smoker is not the most correct just because he chose it. And even if your actions are admirable, they will still be structured and supported by habits. Without habits, a person would die—reflexes, etc. And even if you were able to break out of the system to be free, and even if your actions were correct, there is a high probability that they could be much more correct if you thought more broadly, so for those wanting to break through all this absurdity, you should do the opposite of what Žižek said.

This means that all ideologies, including your own and those of Žižek, Peterson, Kant, and others, should be embraced. In this way, you would be using collective intelligence.

Because strong is not the one who refuses the system but the one who understands it and pulls it by its positive strings. Peu à peu…

And here is the freedom. Playing with structures without self-importance.

I’m not saying you should ignore flaws and just control the system. I’m simply saying that you can rise above it all. Do you now understand what the Oracle from “The Matrix” was doing? But she still has much to learn.

However, I liked that she wasn’t licking butts, and…

She had her own opinion even though she was still part of the system.

And she wasn’t self-important, although she saw and felt everything.

That’s why in “The Matrix,” I respect her the most.

But the Oracle is not an indicator.

Therefore, it would be good if you could play your pipe and simultaneously hear what others are playing. And the more you listen to others, and the more beautifully you play your notes, the more the whole world will admire you. In other words, I suggest you become a jazzman—a virtuoso—of life choices. While the saxophonist plays a solo, you mix philosophies, self-development methods.

So, if you ask me, “How to be free?” I will answer: if you want freedom, you must not run away from systems but comprehend them more than anyone else.

This doesn’t mean that you have to forget your own self. Instead, I suggest strengthening your own self by using as many different ideologies/lifestyles as possible. Speaking of ideologies, I’m not suggesting growing bellies, drinking beer, or killing passersby. I give the fig! I’m only talking about healthy choices, healthy lifestyles, and self-education methods, of which there are thousands. And there are no rules here. You are just playing with self-development methods, like with a car in a sandbox. And the more you play, the more experience you will gain, which will give you more strength and FREEDOM. Because only after trying positive self-development methods can you expand your possibilities, potential, and mindset. And if you don’t do it—eventually you will be petrified.

A similar situation is with the search for God. After all, it’s naive to look for God only in one Bible. The Bible cannot cover everything. Therefore, one should look more broadly. To understand God, you should delve into many practices and positive beliefs. And if you choose only one, you will be an onegoded, sad one-eyed face.

I know there will be many naysayers. I suggest they memorize this phrase: “The whole is more than the sum of its parts.”

In other words, a piece of music is worth more than the separate notes that were used to play the piece.

And although this phrase I mentioned above is impossible to deny, there will still be commentators.

That’s just how it is; those who read the least always comment the most.

Plus, the critics haven’t even read my article about what FO is. They think I only write quotes and make short videos. Critics have a shallow imagination. Creative people. But they don’t know my plans. They never asked me what I think about all this. They didn’t invite me to a live conversation or podcast. Without knowing anything about me at all, they will attack me with gossip. Let them. But by attacking me with gossip, they still won’t create themselves. And I would like them to create. Because I care more about the critics than they care about themselves.

I am the bridge to your self. I am the key to freedom. Because I teach people not to get attached to me. I am your catapult to true freedom… …

Look around; you don’t see or hear chains rattling. The chains are in your head.