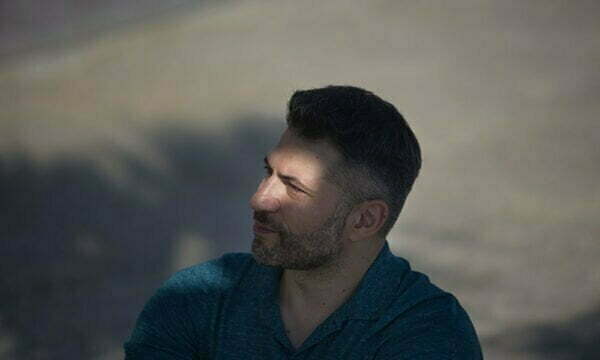 You’ll soon learn how to deal with haters. It will be strong, unexpected.

Are you ready for an honest text??? After all, I’m the most honest blogger in the world! But enough of loud whispers!

How I was criticized

There were times when I was a target for humiliations. I was called different Jewish names, used by nationalists.

I was insulted, pressed against the wall. Yes, I tried to defend myself; I just didn’t know how to do it right, didn’t even know where to learn. I was confused, lost. One time the principal of my school invited me to a closed meeting. Five teachers with the principal attended the meeting. I got scared, I thought they were going to scold me, but the principal started talking in a low voice, “Alexander, we know what’s going on. We sympathize and understand you. These times are extremely difficult. There is not much research on bullying. There aren’t even books on this topic. We can only imagine how you are suffering, Alex. But as children, we all experienced similar things. We were laughed at once too; you must know that there are at least three other boys like you in our school. One boy is being laughed at because of his glasses as they are fat. But those kids who laugh at you and others also feel bullied because others are also clinging to them. But we all took counsel together; we understand you. From today we will provide you with the knowledge of how to stand for yourself. We already talked to Magic Johnson. He will come to school, to you. Right to you. And those boys who mock you will lose their speech. They will want to take a photo, and Magic Johnson will tell them to ask you for permission. You will let them take pictures. And then… We have a suggestion… We talked to each other here… we invite you to visit us every week for one hour. We will teach you how to manage emotions. Because if you can’t control your emotions, you will suffer all your life because your quality of life depends on whether you are in control of your emotions. Good times are waiting for you; we just ask you to understand us. And even if you don’t believe, please believe us. We want school to be free from bullying, and we want there to be children from whom others would like to learn something. You may not answer now. You can do it later. But know, no one will know that we talked, it will only be between us, the teachers and you. Now you can go; just remember that we see great potential in you. We believe that your future will be very bright and…”

“Stop, Alex, that’s impossible, the teachers couldn’t talk to you like that. Somehow the teacher’s speech sounds too good!” a reader will say whose hand I will shake for perceptivity. Oh yes, teachers have never talked to me so intelligently. Instead, they laughed and condemned in front of the class. Therefore, I could admonish these teachers, publish their names and surnames. Cut them out. But I will turn this article in an unexpected direction. And I’m not going to say that the humiliations I experience at school are flowers compared to a student’s bread. I will not say what kind of bullying I participated in my first job when 70% of employees humiliated me with the ground. But no one hurt me more than I did…

Oh yeah, damn it, it’s time to face the truth. We suffer the most, not from outside critics but from inner critics.

Yes, this is the first task you need to do!!!

By the way, I wrote a book about it! I named this piece “How to Kill the Inner Critic.” It’s a gift! DOWNLOAD THE ENTIRE BOOK 100% FOR FREE: My ebook.

Or maybe you have already downloaded and read it? Then read once again! This is an amazing book with more value than it looks. You just need to devote some time to it. It’s worth it because this piece will prepare you for the next ascent—the second stage!

On the other hand, I have more information about it!

I suggest looking at the psychology of bullying in a way that no one has done. If you understand why people are teasing you, it will be easier for you.

So why are critics clinging? What’s happening in the minds of haters.

Why do people criticize you, attack you like jackals

1. A human being has the innate ability to raise himself above others.

I’m sure you know a lot of people who think their actions are right. It could be a family member, employer, coworker, or even a neighbour. Let’s call such a person a pedestal because he puts himself on the pedestal. Therefore, they feel great to express a humiliating opinion of you. Interestingly, when placed on a pedestal, it seems to take over the role of saviour but does the opposite. By looking from above, they try their best to keep you down. It’s good for them up there. Here they feel like commanders, kings.

2. They want to change the world.

While many want to change the world, few understand where it should be directed and how it should be changed. It causes complications. Hitler thought, for example, that the world would be a better place if he got rid of the Jews. It seemed to him to be an important and meaningful job for which God would thank him. As you can see, his understanding of value was fruitless, to put it mildly. He had little understanding of what real values ​​were about. He didn’t want to be interested in unplayable—eternal values, so he didn’t realize the value of being able to respect the opinions of others, even if they were different. And the truth is this: Changing the world for the better is possible only by uniting people—without violence, intimidation and pressure. It’s complicated; so many of the world’s “rescuers” spit one another in the face.

3. They are in pain and lonely.

You can’t even imagine how much trouble the humiliators have. If they were happy, they would spend time somewhere with their loved ones, but the only person they have is you…

4. They are willing to help.

Quite often, those who criticize you want to help. But there is a problem: They’re using a lame help formula. Here’s what their formula looks like:

While the formula looks good (everyone says it’s okay to say what you think), it does more harm than good. It needs an update.

Imagine a guy named John who wants a friend to lose weight. Remembering the help formula, John says, “You gained weight; maybe you need to go to the gym or for a run.”

How would you feel if you were given similar recommendations at least once a month, knowing how difficult it is to lose weight? It’s not the same as buying chocolate or eating ice cream! Or maybe you find it easy to exercise? It requires not only effort but also the support of others. Therefore, those who want to help must understand that it is not only necessary to speak. It’s necessary to help. So, a good and correct help formula looks like this:

It means that if you really care, you should not only give your opinion but also help. Bring that person to the gym because even that doesn’t guarantee change. In that case, you should practice together if it is important to you. And if the same applies to you, then why criticize?

“Ha hahaha! Alex, you are talking nonsense; you came up with these formulas, you fool,” at least ten wrinkled up people would state if this article were in BuzzFeed. BuzzFeed commentators love to use the “help” formula. They think that they are helping you and even humanity by only commenting. But commentators are different from people who care (I’m talking about respected doctors and surgeons). Finally, let’s consider why people accept the criticism of PhD students? You see, doctors don’t just diagnose. They make clear suggestions. This is what makes doctors different from trolls: Trolls send you as far as possible and wise people take your hand and lead you because they really care.

By the way, if you want to know exactly how to respond to Internet critics’ reactions accurately, read my article: “How-to-Respond-to-Online-Criticism.”

I often write about criticism at school and work, so I suggest reading another article: “How You Can Fight Bullying at School.”

Oh, yeah, I almost forgot to say one thing…

No. 1 thing everyone needs to understand.

I propose to calculate. Suppose if 10,000,000 people worship the Dalai Lama and if 0.01 of them fight against him, how many haters does he have? Do you know math? So this man has a looooot more haters than you. I’m sure about that! And again, I repeat, you really won’t find a human who doesn’t have haters, no matter how smart they are. For example, have you heard of the modern intellectual Jordan Peterson? This person is extremely smart but has over 50% haters. In fact, those who think right have the most haters. Do you understand what I’m talking about? I mean, not you, but society is crazy. Only society tries to convince us otherwise.

Therefore, only one piece of advice remains: Don’t betray yourself and your beliefs, dear reader!