My article is about how to get a client, and…

Once I found a business partner in the U.S. He owned several successful enterprises. The turnover of his projects was convincing—they exceeded the ceiling. He proposed creating a new project. I agreed. We founded a company and divided the shares among us.

We split the work. I was responsible for the marketing. In the first stage, I had to create an image, logo, and name. The second step involved investing at least three months for the new project to be found by the Google search engine.

We agreed not to invest much money in banners and other advertising, so there would be no big sales for at least three months. We dived into work. I completed the first stage (image / logo / website design). I launched the website. After the start of the second stage, when a month had passed, my partner began to get angry.

“Alex, where are the fu*ki*g sales?” he frowned.

My answer: “We agreed that I would dedicate a lot of time to the initial stage and that the first sales would start in three months. In the end, we decided not to buy ads, and Google search engines take time. I need to buy a lot of links and write at least 100 articles with the team. I’m 100% sure that in 6 months, the company will be able to maintain itself and we will be able to hire employees. After that, there will be even more work, but the next year, you will personally be earning over $100,000. I’m convinced. I have done such projects in the past; that’s why I don’t see any reason to be angry. You just have to wait.”

I then offered a different option. I suggested investing money in ads, banners, and Facebook ads. He had the capital to invest but said he would rather invest in his other companies.

Despite the pressure, I continued my work. The next day, I received a fresh dose of accusations. For several days in a row, he asked, “When will there be results?”

It became a tradition…

I decided to walk away from the project. When your work is underappreciated, it’s better to leave.

Important moment: Although my partner sent me to hell, I acted kindly. Before, I would have sent via Messenger the 🖕 emoji, but I took advantage of humility. I could feel his thoughts—I also wished that everything would go very quickly, but money does not grow on trees. Even chickens know this, so they sit on eggs for more than three minutes because they know eggs need constant heat. That’s what I planned to do; sit on Google for at least three months, but my partner undervalued my work. He brushed me away from the egg.

Our communication broke off.

I received a letter from him two months later. My former business partner proposed giving a new twist to one of his projects. It had already been successful, but now he was selling his products B2B. He wanted his project to be found on the internet, in the Google search engine. We discussed it over a call. I quoted my price. He agreed to pay, and he became my client by paying for my services every month. Thus, my s-o-c-i-a-l advertising agency gained a client. The order was huge, so I hired more workers from India, the United States, and Lithuania.

I only got the project because of humility. If I had sent this man his way, he certainly wouldn’t have offered me projects. If I hadn’t been proposing projects, I wouldn’t have been able to hire more employees. Thus, thanks to my humility, other people got work.

We, humans, are lazy to learn humility. It seems to us that the pursuit of humility is not an important goal; that’s why we focus on careers. However, a career depends on you being humble. If you are humble—genuinely humble—your career will begin to blossom. IMPORTANT: Humility is not about subservience! Let’s delve deeper and take a closer look at the significance of this word.

What is humility? How to get a client

HUMILITY seems to be largely associated with weakness. However, it is an ancient attitude. Indeed, humility must be related to everyday life. Humility is a moral value. Humility is not self-contempt or humiliation of one’s dignity. The opposite of humility is pride, which is a departure from human values—respect for oneself (the basis of a person’s dignity) and others (the basis of social belonging). The purpose of humility is to strike a balance between self-respect and respect for the other person.

Humility is considered modesty and is the opposite of vanity.

Humility helps to avoid conflicts at work and in relationships. It helps to be humble towards others + yourself.

In short, humility makes us less angry with others. The less you are angry, the more time you have for important work + yourself. As a result, people start to respect you and want to help you. Humility is a great value, which is why business owners seek such people to run their businesses.

Many wise and experienced personalities would support me; one of them is my ideal—Gary Vaynerchuk. Gary is the embodiment of goodness. Interestingly, he is a Belarusian emigrant, but in the United States, he managed to fulfill his dreams.

He frequently talks about humility. 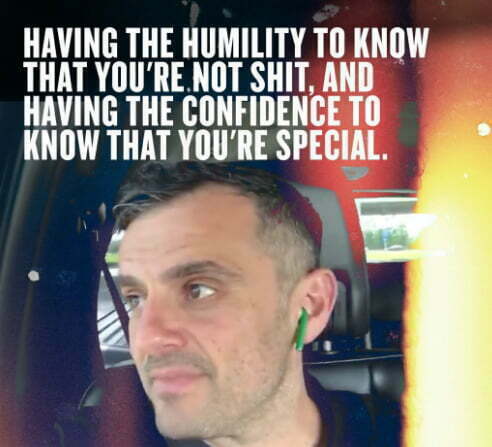 In his opinion, without humility, one cannot begin to respect themselves.

Oh, yes, when you are humble about your problems and mistakes, you become super strong. Therefore, Gary Vaynerchuk often says: 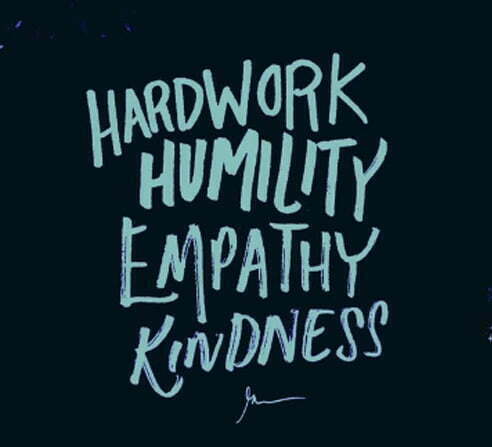