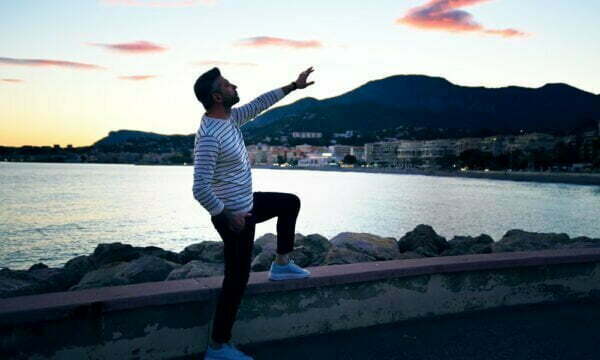 Today I received a letter from a reader. He asked, “I want an easy life, how can I achieve it?”

If you want to have an easy life, just stop doing anything. Forget about dreams, write off all ideas and give up relationships. Because relationships also cause trouble. Just close your doors from inside and try to avoid all possible problems. I’m convinced you will surely be bored in a week. And you will dream of challenges. Don’t you believe it?

“Okay, Alex, I’m not about avoiding problems; I’m talking about money. Because if I had the money, life would definitely make my life easier!” a reader will speak in the hope that money will solve his problems. Yes, money can solve problems, but only those that poor people have. But money will not solve the problems faced by the rich.

For example, a good friend of mine had a helicopter. Once, he took a dog on one of his flights. Although the puppy was cute, he pooped in a helicopter. If you could see how a millionaire shouted!!!

Millionaires also turn red from shouting!!!! Millionaires also struggle with anxiety!!! So the life of millionaires is not easy. Don’t you believe me? Ask Elon Musk or Donald Trump. But think if it were all about money, Trump would eventually be re-elected for a second term! So money doesn’t solve all problems.

“Alex, you fool, I don’t mean money. I just want to be a known influencer! If I were known, life would be easier than it is now!” a young influencer will say. But let’s look at successful influencers. If they were successful, they wouldn’t sell ads on their profiles. For heaven’s sake, what kind of idiot do you have to be to try to become famous, to sell your face? Currently, a radio operator (Rol) advertises online betting. Oh, what an achievement!! Do you think Rol would sell his ass if his life were easy? You think of the good life Rol agreed to go to the photoshoot and pose in front of the camera so that his face would help the bookmakers hang young people on the hook. Do you know how many people have a gambling addiction?

Therefore, there’s no aim to strive for an easy life. It’s better to lead an exciting life where you learn to balance between different emotions. In other words, I suggest learning to rest and distance yourself from thoughts and problems for at least an hour each day. Oh yeah, learn to rest, and you won’t have to worry about failing to create a super easy life. Because I repeat, it’s impossible. And anyone who starts to prove to me that he made his life easy can invite me to a live battle with cameras! It will be fun to discuss this question!

Imagine you’ve made your life easy. You start telling everyone that you don’t have to make an effort. Then those around you start saying, “You see, he’s fine, so why should we respect him?”

Because people are not respected for having an easy life.

Or maybe you’ve read a book about someone for whom every time everything is easy? I doubt it because no one would read such a book. In other words, if you want to be interesting, and if you want to have value, you have to tell the truth—how do you really feel. In this way, you create an image of a sincere person who doesn’t hide the truth. After all, honesty is one of the most important, significant qualities of a person. I respect sincere people and strive for meaningful things, but I’m not inspired by those to whom destiny smiles or those who live “easy.” I’m interested in people who solve problems rather than run away from them!