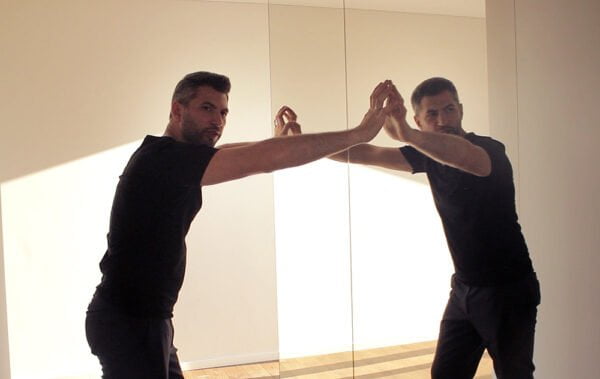 You need to know what’s happening. You see, there are thousands of organizations that invest vast sums of money in changing you. I’ll list the most cheeky ones.

Alcohol magnates want to change you. They want you to be more loyal. They will be happier if you buy noble drinks not only during holidays. So they invest mountains of $ to influence you.

Everybody understands my thoughts but cannot change this because alcohol brings up the economics of the country. The country doesn’t want alcohol to disappear from the counters.

Well, we don’t need to forget the nightclubs. Night entertainments magnates will clap their hands if you stay in the club 24 hours each day, even on Mondays.

They want you to start praying for fashion. They dream of changing your mindset—convince you to change your wardrobe, not 4 times but 12 times a year. Because they need more profits.

They want you to be dependent on them. Just think, if people learned to be happy without stylish and expensive clothing, they would stop buying nicely packaged junk—there would be an economic crisis! So instead of advertising freedom and long-term happiness (which everybody could obtain for free by digging deeper into themselves), the big fashion companies are preaching to be dependent on their created floorcloths.

By the way, all the above-listed companies made friends with Nazis. It says a lot.

There are hundreds of organizations, which agree to pay for your data, so they could resell it or use it. Create an online tool, which calculates how much all organizations paid for you, and you will understand how much they need you. Interesting is that, for the information related to you, agrees to pay not only commercial companies but also countries you don’t live in. Politics + propaganda, etc. Why do they need you? They want your ideological changes. This is a big-money game. Trust me, the amounts are convincing—exceeds four zeros; that’s why guys like Zuckerberg have a lot of money to create new projects that will take even more information about you / your children.

For example, Zuckerberg already made a new step. He bought Oculus. For now, he is not successful, but he does everything that 3 glasses would be a routine. We need to recognize that Zuckerberg reminds the bad guy from the movies that try to enslave the world.

Zuckerberg isn’t alone. Elon Musk is a similar fruit. He tries to connect the wires to our brains. So he has invested in a company that is trying to do it as quickly as possible.

Because will win those who will be the first to broadcast advertisements directly to your subconscious.

The government doesn’t like that there are people who talk loud about mistakes; that’s why government representatives do the prevention—they do everything that would be fewer revolutioners in the future. To reach the goal, they give billions to the education system to stay like it is.

I can bet the government will not be pleased if somebody creates super pills that unlock 100% of your potential.

You’re not stupid and understand what I’m talking about. You know why no one wants to teach children how to think with their heads. No one needs a new generation to have their own opinion. No one wants a revolution. That’s why the leaders of our countries don’t meet the Boards of Education very often. THEY DON’T NEED US TO BE MORE INGENIOUS, FASTER, MORE CLEVER THAN THEY ARE. THEY DON’T WANT US TO BELIEVE IN OURSELVES! Humanity is tumbling down. Are you going step by step along with it?

There are always wise people who will offer to join any organization. This suggestion would be a bit stupid. You see, 99,9 % of organizations will give you a hand, and will do it for the selfishness incentives. They would want you so they could increase themselves and would earn more money.

For example, Scientology. They will want you to join because they want more money. That’s why being in Scientology costs a massive amount of money.

“Alex, you are disgusting, you don’t understand Scientology, that’s why you are talking about it in such a way!” will say Scientologist, whom I will ask a question: “Dear Scientologist. Answer, why Scientologists do nothing, absolutely nothing, so you could not become dependent from Scientology?”

Where is your answer?

I am still waiting…