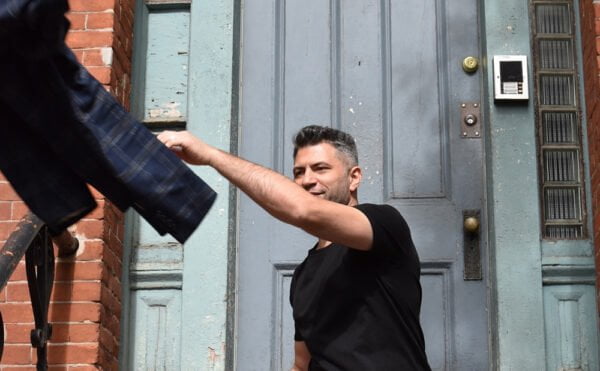 Answer, which kind of people do you respect the most? Those who:

1. Achieved all their wishes with a click of fingers (first time).
2. Achieved their goals with great difficulty—had to put in more effort.

I’m inspired by people who didn’t give up even if they failed 100 times in a row! I admire those who persevered to achieve their goals when nobody believed in them!

I’m inspired by those who managed to get out of the bottomless hole of failures. Because the deeper the hole is, the bigger hero you’ll be when you reach your goal. Films are created + books are written about such people!

Or have you seen an inspiring film about a person who achieved their dreams with a snap of a finger?

Do you remember Neo from “The Matrix”? He didn’t show any results for more than half of the film.

Remember for how long Leonardo DiCaprio didn’t win an Oscar?!

Stephen King had similar problems. He had been rejected by 30 publishers. After tons of rejections, he gave up. He threw the manuscript into the trash, but his wife saw this and asked him to try again. King became one of the most famous writers.

Are you listening? He sent his manuscript to 30 publishers! Do you know how hard that is? Do you know how much time it takes? You need to print the manuscript, prepare it according to the rules, send it away, and then wait, as you can’t send it to every publisher at once.

I forgot to mention myself…

I started a Twitter account in October 2020, tweeted a few times a week… and got zero reaction…

I got my first follower in January 2021. In February, I got my second. Someone might say, “Alex, you’re a failure! Two followers aren’t a lot.” Nevertheless, two are MORE THAN ONE, because this is only the beginning. I will work hard + sincerely, so after some time, there will be more followers. It won’t happen quickly, but I will achieve my goal. I will aim for my goal slowly but surely. I will certainly not get stressed out or be upset just because I achieve my goals gradually. That’s my tactic. I wrote about it here. Read it; you will learn the reasons why determination and tenacity are the most important!

And you, for how long are you prepared to wait?

How much patience + persistence + perseverance do you have?

The power of perseverance

You need to understand that the more difficulties you encounter, the greater the legend you will become.

The fewer people support and believe in you, the bigger the hero you will become. Do you understand what I’m talking about? Are you still waiting for somebody to put in a good word for you?

So, if you fail—don’t give up! Create a legend about yourself. Create history. Leave an inspiring story worth reading to the children of the world!!!

I have more wisdom. Read about rules for people who want to become real heroes: How to Become a Hero: Is It Clever to Follow Your Passion?