How many times have you been in a situation where you really wanted to be understood, but all you received was a wet rag over your face? It all ended in that person trying to convince you that only their opinion is the most important. However, in most cases, the problem is more profound than it seems. First, such people lack empathy, and their inner ego leads them to the only goal of being right. Second, how did such a person get into your environment? If they’re your relatives, that’s understandable, but others? Why do you let them get close to you?

What to do when toxic people surround you

If you want the environment to be good for you, first, be honest with yourself. For example, I realized that I’m the most toxic person I know when I looked around. So first, I had to get rid of myself. 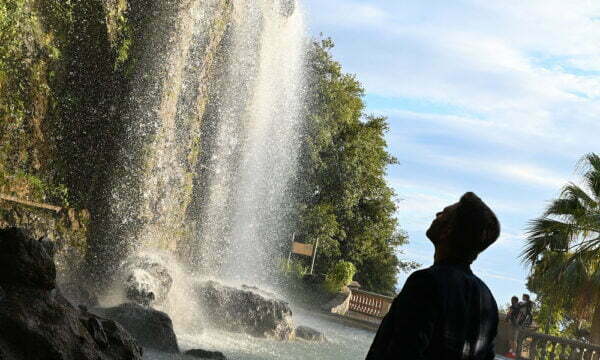 Famous psychiatrist Carl Jung once said, “Everything that irritates us about others can lead us to an understanding of ourselves.”

So I propose to delve into this problem. I suggest taking a look at the 7 types of toxic people. It will help you understand yourself and others!

The five characteristics of a narcissist according to the Diagnostic and Statistical Manual of Mental Disorders are:

Is it necessary to run away from such a person without looking back? Oh yes, as far as possible, the most important thing is to protect your “fragile” positivity so that it does not get violated by such people. But if you listen to the advice and run away from such a person, it only shows your weakness, not strength. In fact, a strong person would become more interested in narcissism and how to deal with it so that such behavior doesn’t trigger them, and maybe even help the narcissist change by showing an example of themselves.

Let’s put this into perspective if you run away from a narcissistic personality because of its self-importance, doesn’t that show your narcissism? Because then you and your well-being are more important to you, which depends on something rather than yourself.

2. Mister: I have everything under control

Control is not that bad, and there is much to be learned from a person with an increased desire to be in control of everything. Of course, it’s not fun to be in control of your actions, but it’s one way to develop discipline and a sense of responsibility. What if you object to such a person? Think for yourself; if control is important to them, they will decide to leave you by saying, “I hope you find someone more toxic.”

And what do you get? A lost friend or maybe even a matchstick that spurred you to do more.

Yes, some people try to deny anything that can be positive. Even if you tell them a great idea or a fantastic thing that happened to you, it’s like you’re flying a balloon high in the sky in euphoria, but that person grabs the rope and immediately throws you to the ground.

Maybe it would be nice to surprise such a person, make him a beautiful surprise so that he could be happy at least one time—that might help him feel that good things exist. You don’t have to consider yourself a victim and think that pessimists in the environment, like vampires, are pumping energy. You manage your energy and how you use it. Going against pessimists is also pointless (this way, you will waste your energy), so the best solution is to take a little pessimism out of them (because in some cases, it’s not such a bad trait if you can control it) and show how good it can be at times.

4. Somebody called a tank

It’s someone who challenges everything you say. Maybe you think that it is a dead-end in this case, but it isn’t.

If someone wants to be right, let them be. Anyway, we can’t be 100% about anything in this world except ourselves. We all have our own beliefs and opinions about certain things in life. So you can let another person be right if he is very serious about something, even if he isn’t. Just say that you have a different opinion. Does this make sense to you?

5. Jealous person and a critic combo

A critic is usually described as a person who does not take into account the views and feelings of others. They always try to be the best and show in the best possible light. Criticize the ideas and deeds of others. Nothing suits them. They are often arrogant and mean. It destroys our self-confidence and wants to make us understand that we are hopeless.

But that’s not precisely the exact definition. Someone can’t destroy your self-confidence; it’s something that you and your inner critics can do. And how to fight your inner critic I wrote in my book “How to Kill the Inner Critic.”

6. The ones addictive to lies

Definition of lying by the Stanford Encyclopedia of Philosophy sounds like this: “The speaker intends to cause belief in the truth of a statement that the speaker believes to be false.”

So if you know the truth that someone is lying to you, you should probably delve into the reason first, right? Maybe he wants to protect you from the truth that would offend you. If you started to reveal yourself to that person in an honest conversation and explain that you accept them, whoever they are, the situation would definitely improve.

7. Someone who thrives on drama

And here is the last type, people who love drama. These kinds of people love chaos, but as long as they boil the situation, they step back to watch.

The best advice would be: Don’t get involved. Drama queens and kings get their energy from enlisting people in their drama. On the contrary, without judgments, try to be awesome. They want drama, not you, so stand your ground. After a while, it’s possible that they will understand that it’s pointless to throw another drama.

How to deal with toxic people

This section can be called “How to change the attitude towards toxic people.” It would be even more accurate. Obviously, you should not run away from your friends, but there are some things that you can do to have easier interactions with them: