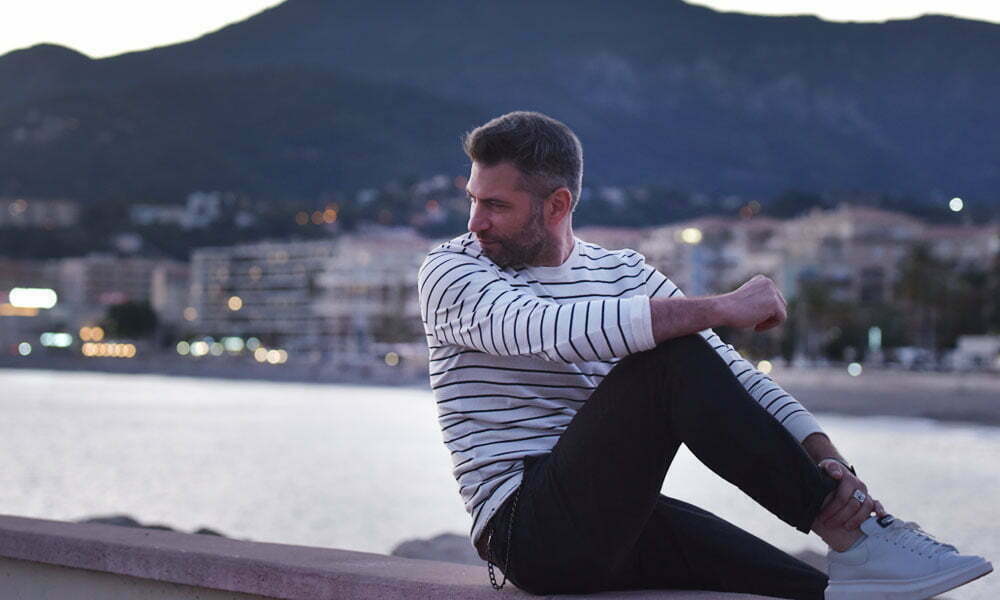 Imagine what it would be like if you started talking about self-development practices in the environment of your colleagues! There would be people who would say, “Did you hear what Donald Trump said?”

What are the causes of unhappiness?

Try to do an experiment. Open your Facebook account. (If you don’t have one, another social media account.) Ask if anyone has read the book “Self-Help That Works.” Although this is one of the best books on changing your mind, few have heard of it. There is no Lithuanian version. But everyone knows a book that has the word “shades” in its title.

Now ask a friend, “Will you be watching a basketball game?” Someone will shout out, “Wow, man! I WILL WATCH IT ALSO. WE CAN GO TOGETHER, DO YOU WANT A BEER?”

In other words, the topic of self-development is boring and, most importantly, NOT RELEVANT! For the love of God, never in the history of the world has self-development been in the first place. Let’s remember the Stone age. As you may know, our great-great-grandparents were mainly concerned about food. It’s normal because, in those days, you might have died if you didn’t have a rock to hide from predators, fire, and so on. But today, we live in the age of technology. We can meet, and bears or other animals won’t harm us, right? After all, it’s time to worry not only about your own ass but also the mental state of society?

Although wise philosophers have written about it, society is still full of holes, and therefore brings frivolity and entertainment to its pedestal. Living in such a society makes it easy to find like-minded people in entertainment but not in self-education. Thus, hardly anyone can motivate you to work on your mindset. For this reason, I was depressed, in despair for a long time.

No. 1 reason why we find it hard to discover happiness

I’m sure not everyone has identified the reason why people find it hard to be happy, so I’ll highlight it. The major issue is that the media and television are more concerned with reviews than values. TV owners know that funny videos and scandals generate hundreds of times more views than serious conversations about values, so they chase after the entertainment. AS A RESULT, PSYCHOLOGISTS DON’T APPEAR ON TELEVISION! Even Dr. Ozy had a hard time breaking through despite fitting into the entertainment format. It’s good that he succeeded, but he mostly talked about physical pains…

When culture is only concerned with physical pain, fashion, and advertising delicious chocolates, it’s challenging to get food for the soul, for the maturation of consciousness. And when these topics are not promoted, it’s difficult to find people in the environment who would be interested in them, remind them about self-development, and support my efforts. Easier to find buddies that remind you of cigarette smoke! But… I asked myself once, “What if I stop waiting for support and become someone who supports others? What if I remind people of the importance of taking time for their inner world? What if I was that alarm clock to remind them of the importance of learning, of personality maturation?”

It’s how this project was born.

Oh yes, dear reader. Glad you are not superficial and out of the crowd—further away from the masses. You did it, although it’s easier with the mass. When you are in the crowd, others push you, but not in the right direction, so I repeat—you did the right thing! Know, choosing your personal path was the most important step in your life!

Don’t go back to the crowd, and in the future, your children will be inspired by your personality + your actions!