You rarely meet wise people who managed to find fulfillment, joy. Those who wish to achieve this should choose one of two options:

a) Live 50 years during which they will personally experience and overcome 5,000 errors to understand what needs to be done to go beyond standard thinking.

b) Read and use the text below, squeezing out its benefits. Only in this way can you catch wisdom by its tail—do it within a few months (or faster).

Answer, which option did you choose, A or B?

Those who chose option B will quickly say: “How good it is that I found Alex Monaco’s blog in time to find out the goals that are worth achieving. Now I don’t regret the past. I have managed to do so many meaningful things!” 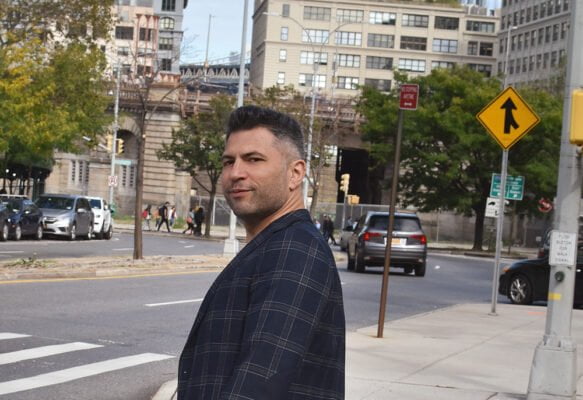 Many different kinds of goals exist. Let’s break them down into two categories: wise goals and superficial goals.

Superficial goals are known by many distinct names. Some call them temporary goals, while others call them synthetic goals. Superficial goals are promoted by television, magazines, + beer-drinking friends. These types of popular ambitions are worthy of being in the trash can, along with Winston and so-called entertainment movies. This is because popularity is the antonym of the word wisdom. After all, the best movies that change society aren’t in the first places on IMDb.

1. Superficial goals are controlled by fashion dictators and advertisers.

I remember when Elon Musk started promoting DigiCoin. People had been buying this cryptocurrency for an entire month before DigiCoin ceased to be fashionable, similarly to life goals, although they remain fashionable longer. Some goals are trendy for ten years and others for thirty years. For example, our parents said we needed to graduate from university. But that has changed. Nowadays it’s fashionable to say that there’s no need to study. I wrote an article about this, named “Is It Good Advice to Leave School, College?” Similarly, with hedonism (the goal is to be here and now). It was out of the question 50 years ago. For example, there are countries where leaders say it’s more important to strive for collective happiness. However, it would seem that everyone in these kinds of countries is alive only because of the country’s leader. In other words, young people are given different goals depending on the country they are born in. North Koreans receive some goals, while the goals of people of other nations, with the advent of a new leader, may change. Old goals become worthless, unfashionable, and sometimes catastrophic.

The more you reach for superficial goals, the more attached you become to commercial society. For example, believing that it’s important to know what is happening globally (to watch the news), you decide to achieve one more goal—to buy a TV set with a set-top box. With a TV set, you acquire:

a. Stress. Research has shown that media or TV news has a negative effect on mood. You can find more about the influence of TV news in my article: “The truth about news sites.”

b. You tie yourself to the cable or internet providers. Although someone may say that they don’t pay for cable, they likely pay for electricity. How long does it take to view the latest news? Don’t you value your time?

Have you noticed how those who manage to earn more plan to double their earnings? When they buy a car, they want a newer one. And when it becomes obsolete, a new purpose appears—to repair, repaint, or burn it to receive the insurance benefit. As old goals are constantly replaced with new ones, you don’t have time to enjoy life; you don’t learn to balance spending time with yourself and your career. That’s why you feel vulnerable. It looks like everything will fall apart soon. Your mood hangs on by a string…

4. Superficial goals don’t provide the emotions one thinks they will experience once they achieve them.

When you attain a superficial goal, you don’t get what you want. You don’t believe me? Imagine a man called Pietro. He wants recognition, respect. By earning Bitcoin, he garners young people’s recognition, but intelligent people pass by him, as wise people appreciate different values. Therefore, Pietro sought recognition, not realizing that wise people respect and not those who grow their bank accounts.

In pursuit of superficial goals, you won’t find happiness or peace; you won’t earn the respect of wise people.

To understand what’s happening, I suggest a mini-experiment.

Oh yeah, let’s find a young guy; for example, this dark-haired one who lives in a God-forgotten city. If we were to fast-forward his life 50 years ahead and ask him for his opinion on life goals, he would answer:

“Welcome, dear ones! I’m over 50 years old… When I was young and stupid, I used to pursue stupid, irrational goals. I believed that once I achieved happiness, my life would be in order. Now I realize that one doesn’t have to look for happiness, because happiness comes by itself if you start learning to manage your emotions. That’s why I decided to focus on changing my mindset. Because if you change your mindset, you’ll become a successful person that success smiles to. For this to happen, your goals and values must be changed. If your goal is not to learn to feel good without synthetic goals, then how will you achieve happiness? I once found a nice lady, but I couldn’t manage my emotions, so we got angry at each other. I lost my temper and ended my relationship with her… I later realized that it was stupid, so I decided to change my goals. I did it. I met a woman… somehow, even without searching, and everything worked out because I was mature. I just lived, enjoyed the moments, and allowed myself to make mistakes. I started my company without fear of getting burned by failure, and people started approaching me. A client invited me to Monaco and then to America. Everything just worked out… but only because I changed my mindset and learned to deal with my emotions did I realize what my goal is worth achieving. The key is understanding which goals are synthetic and outward-oriented and which ones are focused on changing the way you think.”

“Nonsense, Alex; you’re wrong! Popular, mass-advertised goals are good!” one of the readers will say, gently lifting the corner of his mouth. I’ll award this reader 10 points (for sarcasm) right away, and we’ll get back to reality!

Do you finally see what’s happening? Why do you think so many people are unhappy? Why have they not found peace? Why didn’t a better job and a wedding solve all their problems? Why do people like Avicii commit suicide when they achieve their dreams? Why are we still struggling with depression after climbing the career ladder?

“Alex, it’s all because people pursue the wrong goals,” you’ll say. I’ll agree with you. You are right!

If only people knew what goals bring true happiness—they would throw all synthetic goals into the bin!

On the other hand, this is not necessary. There are people who want to pursue superficial goals—let them pursue them. However, wise goals should be added to the synthetic goals. It is much wiser!

Wise goals. Which life goals are worth achieving

Wise and clever life goals are those that society rarely advertises. So it’s not worth waiting for someone from the celebrities to tell you about it…

Some call these life goals the laws of the universe, and those who walk the earth say, “Alex, you’re talking about universal goals and…”

“What goals are wise?” an inattentive reader will join the conversation, not noticing that the answer was given in point no. 4. Oh yeah, the old man said it all right. Pay attention to his words! Use his advice, or find an answer yourself.