Many people search the term “Bad habits” on the Internet because Ed Sheeran wrote this song. Of course, the song is not bad. And it has a charm, which can be found in the song’s lyrics:

However, it is a pity that people are looking for a song rather than information on how to give up bad habits. That’s why we often feel like shit, and phrases spin in our heads such as: “It’s my fault,” or “I’m stupid.”

But the main problem is in habits, not in us! And there are many proofs of this, collected by James Clear in his book “Atomic Habits.” 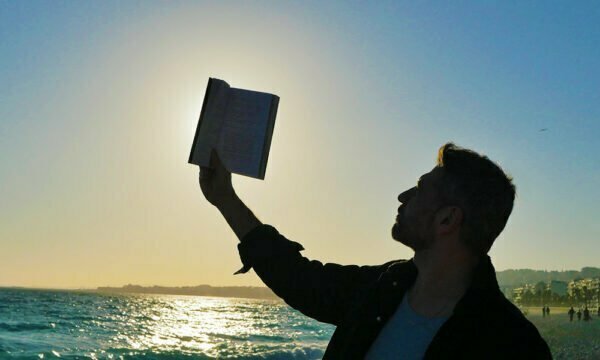 This self-development book provides a robust foundation for daily improvement because the author shares only practical ways for forming good habits, breaking bad ones, and mastering the subtle actions that lead to amazing outcomes. So, no matter whether you want to win a championship, change an industry, or just stop smoking, lose weight, or decrease stress, “Atomic Habits” can help you accomplish your goals.

Who already read this self-help book received information about:

1) Who murdered John F. Kennedy… Wait, I don’t know anything about it… Anyway, millions of people are looking for information about such topics. This secret for some people is more interesting than information about changing their habits. But I deeply believe that his murderer had many bad habits. Which ones? The stupid murderer had a habit of blaming other people for all his problems! And since the president is easiest to accuse, Kennedy became a target. So it is not a person that is to blame, but ourselves, because humankind has not taught its children to control bad habits and their way of thinking!

3) Spectacular information on why changing habits is so fucking hard.

4) Which habits you’d have to throw out the window—into the garbage can.

5) Which habits you should master.

“Stop, Alex! I got you. But… Answer, how to change bad habits? How do habits form?” you will ask. I have an answer. But I will ask you to prepare yourself for this answer. Oh yeah, pull out your notebook and write down your annual plan! Believe me; few have a desire to change their mindsets. So be first! Do it!

Every month I will read one book on bad habits suggested by Alex Monaco.

You can call it a challenge or torture, but it’s about what you eventually achieve because you want to become a person who knows how to change yourself, your habits?

12 Rules for Life: An Antidote to Chaos

I suggest you read this book in the first round. And only then move on to “Atomic Habits.” Why?

Understand in the book “12 Rules for Life” provides values ​​that should be installed in the brain.

Metaphorically speaking, “12 Rules for Life” are bullets and the book “Atomic Habits” is a weapon that must be shot at a target called “Quality and Fulfilled Life.”

I mean, I suggest fighting bad habits because it’s a war. Don’t you feel gunpowder? Don’t you feel like your enemies are trying to ruin your life—have doubts? Damn all your doubts, man! Trust yourself!

Of course, you may not fight. You can sit on the couch and think, “Well, I worked all day, I deserve a movie, relax!”

You deserve more than the series, reader!

The Subtle Art of Not Giving a F*ck: A Counterintuitive Approach to Living a Good Life

This generation-defining self-help book shows us how to quit striving to be “positive” all the time and genuinely become better, happier people.

I quote: “Fuck optimism. We have to accept that the sh*t is f*cked.”

As you understand, the book is full of interesting quotes, so I suggest you taste it.

Yes—if you want to change something in your life, for example, bad behaviors, take this weapon—book in your hands!

Just don’t forget to shoot! Shoot, not one, but a thousand times!

Because why do you need ammunition and weapons if you don’t shoot? If you only think about failures, the past, and just criticize yourself?

Interestingly, the book’s author himself, Mark Manson, has proved that his philosophy works.

He got rid of many beliefs and created a massively successful Internet blog. In his blog, Mark Manson uses scholarly evidence and well-timed poop humor. I will not hide that he inspired me to write a few articles. Well done! I would shake his hand!

The Power of Habit: Why We Do What We Do in Life and Business

I’m sure that if you take this book in warm hands, you will move to the charismatic neuroscientists’ lab to learn how habits function and where they live in our brains. You will find out what habits you can change!

Trust me, “The Power of Habit” is written by a charismatic person who brings to life a fresh view of human nature and its capacity for reform. Try it with a cup of coffee, and you’ll discover why some individuals and corporations struggle to change for years while others appear to transform suddenly.

Remember, your behaviors continue not because you don’t want to change but because you use bad tools for changing habits. So use this book to refresh the tools you use now. If you do, you will manage to replace habits!

When Stephen Covey originally published “The 7 Habits of Highly Effective People,” it exploded worldwide. I even felt a smoke that, unfortunately, only reached my heart after many years…

Either way, the book helped me understand some things.

This book will help you understand what habits you can forgo and how they are helpful.

In fact, the author of the book is precisely the man who managed to change his habits himself. He was a man who controlled his habits perfectly because only a person controlling them could write so many books.

I couldn’t count how much he wrote; please help in the comments!!!

How to Win Friends and Influence People

Okay, this is one more book like Atomic Habits, which can:

In other words, this book can make any scenario work for you! Many people tried to read it, and it propelled countless of now-famous individuals to success in both professional and personal life. Dale Carnegie’s teachings are timeless and will help you attain your full potential in today’s complicated and competitive world.

Deep Work: Rules for Focused Success in a Distracted World

One of the most valuable skills in our economy is becoming increasingly rare. If you master this skill, you’ll achieve extraordinary results.

Have you noticed? This world is distracted as hell. And you can’t solve it. But the most significant changes can be made only from your inner world. The more changes you make in yourself, the more impact you will have on the world around you. Don’t you believe it? Look at Luther King, Dalí, Picasso, and the author of the “Deep Work”—first, he changed from the inside.

But, it’s not easy. Therefore, the author of this book states that even clever individuals struggle to learn behavior. To help these people author provides 19 short stories examining unusual ways individuals think about money.

Everyone has heard of this book, but few understand that rich and poor dads differed in having different habits.

“No, Alex, you’re wrong, essence in values—someone will say. But let’s consider which of these values are not embedded in your subconscious mind?

This book is different from all the books I mentioned today. It doesn’t contain the 4 laws of behavior because it is more biographical. But, according to research, biographical books help to change. I’m talking about studies showing that many psychologists recommend biographies to their patients. According to them, people who read biographies experience what their authors do, thus gaining experience and self-confidence, and… There are many other reasons.

Anyone who knows me and has read my blog knows that I’m constantly recommending this book. With all my heart and with every cell of my body, I believe that a person who learns the author’s habits of “The 4-Hour Workweek” will rise to new heights. Accept this truth, dear readers!

Can’t Hurt Me: Master Your Mind and Defy the Odds

David Goggins’ upbringing was a nightmare of poverty, racism, and physical abuse. He went from being a miserable, overweight young guy with no future to a U.S. Armed Forces legend and one of the world’s best endurance competitors. His achievements as a Navy SEAL, Army Ranger, and Air Force Tactical Air Controller led Outside magazine to call him “America’s Fittest (Real) Man.”

In “Can’t Hurt Me,” he demonstrates that most of us barely use 40% of our potential. His story illustrates a route everyone may take to push above pain, fear, and attain their greatest potential.

Attention: It’s not only important to read these books; you must behave as written in a book. That’s why I suggest a 12 months challenge!

I have provided 12 books. Do you think it was easy to sit and write it all to you? No… I gave so much, so I ask you to thank me!

Thank me by reading these books! Oh yes, use this challenge created by me!

Read one book each month!

Fill in the list of good and bad habits during the challenge. I’m sure those with a list of habits achieve much more because they know what habits change life for the better. But when you don’t know…

Habits that are good to break

1) Not drinking enough water.
2) Eating too much or late at night.
3) Smoking.
4) Blaming yourself each hour.
5) Hiding good emotions inside.
6) Celebrating achievements with alcohol, not with a good mood.

Positive habits which you can program into your lovely brains

1) Smiling without reason.
2) Reacting in a positive way to evil.
3) Having the ability to turn off a series when you want to know the continuation.
4) Meditating, allocating time to yourself.
5) Saving works for the entire workday.

I could wish you good luck, but I won’t do that.

Based on what I said, I wish you only one thing—put more work into shaping your personality!