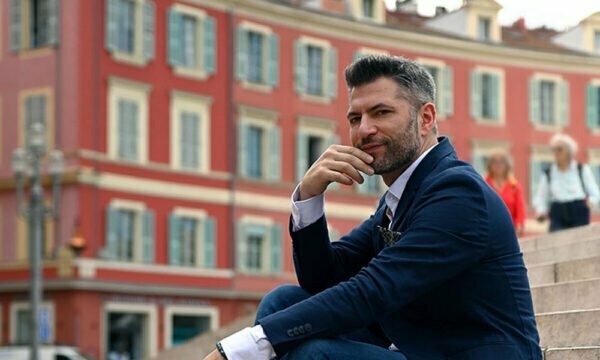 Do you think money can solve all your problems? It’s a debatable topic. Everyone can see it from their bell tower, but certain laws always work, no matter what your opinion is. I’ll tell you about them in a moment; let’s get started!

Acquaintance with rich ones

In 2013, I met a wealthy man in Monaco. He had a lot of gilded things, so let’s call him “god of money.” Interestingly, although he had a yacht, many businesses, and a personal bank, he was no different from the rich locals. You see, the statistics say that every third person in Monaco is a millionaire. So when almost everyone around you is a millionaire, it isn’t easy to gain respect and recognition just because you are like everyone else…

When the yachts are standing side by side, it’s difficult to impress the passers-by… Try going down to the Yacht Club in Monaco and say, “I bought a yacht.” What do you think, would you surprise people?

Because of this problem, Abramovich bought the largest yacht in the world, just like my acquaintance, a rich man. He wanted respect very much. He wanted to be appreciated and loved, so he hired specialists from all kinds of fields—“spinmeisters,” “image-makers.” His order sounded like this: I want to increase my influence in Monaco.

One adviser once suggested to him that he create a support fund. He asked for advice. He created! Registered an institution + created a name. As if, seeking salvation before God, he supported sick children. It looks like a noble deed, doesn’t it? But he only helped sick children with cold bucks and not with warm words of support. He didn’t even visit them at the hospital. He didn’t hug them. He didn’t share his smile. Because he did everything with calculations. Rich people seem to have time, but he didn’t give time to children. He did everything just for the sake of image, so he became neither Mother Teresa nor the Dalai Lama. He remained only a money god who could do anything related to money. And that’s it…

True, he still tried to organize a charity event. He invited some famous stars to an event in Saint Tropez. He sent out invitations, but none of the famous people came… Only friends of friends gathered, mainly Russians, who wanted to have a good time for free. Money attracts money slaves. Chin chin, cheerio, maybe another selfie?

Everything they did had synthetics and dusty odor…

He only knew one thing—to divide the sea of ​​money and direct its waves stream in the right direction! He seemed to have a money printing machine, but he had no factory to print peace, so he was under stress all the time. Damn, I’ve never seen his smile. His body felt tense, as if there was a war going on. But this war was fought in the middle of him… He calmed this war by shopping. Thanks to this, he was loved by the owners of various stores and event organizers, and therefore he was often invited to their events. Auctions, car shows, skincare events. The store owners liked to introduce new products to him. I don’t know how he endured it all because it was hard for me; I tried to avoid meeting the promoters when I was with him. But I enjoyed other activities. I liked being on his yacht. The fact: This article is not an attempt to show me in a beautiful light, so I’m not going to hide the scars that adorn my soul—I must admit that I was one of those who sought ONLY material benefits. My mission was to get great projects from this rich man.

I put youth, conscience, and morality on the card. It was the formula for my success: Close acquaintance with a rich person + a lot of time invested + the ability to spend free time well + long-term projects = high profits. Working on this principle, I had several large clients: Three in Monaco and a few in America and England. All these golden clients kept ordering projects. They paid an hourly rate for the work. So working with them paid off. It’s better than serving a one-time client. Such a client sends tasks, my employees perform them, and the accountant issues them one invoice per month! That’s it! Simple! By acting on this principle, the money didn’t purl like a stream but gushed like Niagara Falls. So as you can see, the rich man I’m talking about was a gold mine of my future or a golden egg that was about to hatch… So I was with him because of damn profit…

“Alex Monaco, you ARE BAD,” one of the readers will say. Oh yeah, I was a bad person… Burn me, saints and innocent angels! But I’m honest. And I know my mistakes. That is the most important! Because it allowed me to change! It wasn’t until 2013 that I got to the point where I couldn’t look at it. I can’t look at how some rich people despise others and view people like gods. Let’s let them f*ck themselves. Once, a rich man deliberately poured tea on an employee.

What changed the most for me was realizing that being with rich people does not bring happiness. Sure, being on someone else’s yachts is fun, but it doesn’t increase your peace of mind.

Oh yes, money doesn’t bring happiness, especially if you live at the expense of others.

And I realized that pumping out the benefits of a rich, anxious person is disgusting. To the hell with him, I felt sorry for him. Very sorry. And then I felt sorry for myself that I was becoming like him—a soulless businessman.

But I’m grateful to this rich man. Because he helped me understand the essence: BEING WITH PEOPLE FOR MONEY IS STUPID, SHORT-SIGHTED.

He helped to understand that money can only solve money problems, but problems with soul and love can only be solved with immaterial currency.

I believe it with all my soul.

I’ve tried everything myself, so I’ll say it in a confident voice: Those who want a good life must focus on changing their attitudes. Everything seems familiar, but you don’t need to know it; you have to EXPERIENCE it with all of your body’s receptors because if you don’t, you will keep striving for money as you think it will help ease your inner pain, but it won’t really happen. Only by pursuing moral and eternal values can you heal your inner pain, distrust, and anxiety! Amen. X