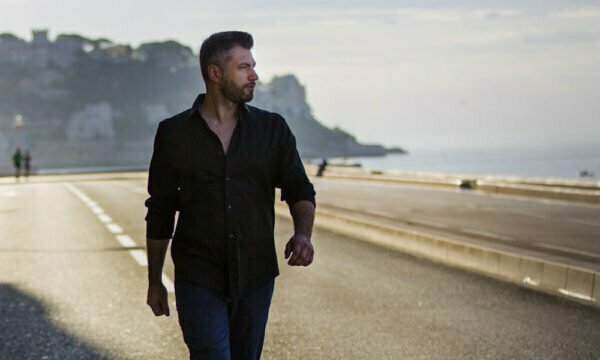 When I was 21, I wanted to learn to play the guitar.

When my father saw me with it in my hands, he started to laugh out loud. He said, “You will not succeed! Why bother?” Someone would say my father used a gaslighting phrase, but… Years later, I asked him why he said I would fail.

He answered, “I said these words to you because I wanted you to get angry with me and make your desire to play stronger.”

We may be angry with my father, but the fact is, I learned to play the guitar. And the truth is, I really wanted to prove my father was wrong. So, my father’s phrases failed to kill my passion. On the contrary, a sentence that others would call a gaslighting phrase managed to inspire me.

So what matters is not what we are told, but how we react to what we hear.

“But I know it,” a reader will say. Yes, you know, but when someone says bad words to your address, you get sad.

To avoid similar complications, I suggest you read this article and note what the mysterious word “gaslighting” really means.

What are gaslighting phrases?

a) Cause a negative mood.
b) Force you to eat a taco. (Yes, some people grab a taco because of nerves …)

Gaslighting can be a form of psychological abuse that is highly common but frequently goes unrecognized. It can cause an individual to have doubts regarding their sanity, their view of reality, or their memories. Even more significantly, the most innocuous phrases that individuals use to communicate with you are the ones most likely to lead you astray. I will share some in a moment.

The following is a list of five common phrases of things gaslighters say. Make use of your knowledge of these things to save yourself from falling into their traps. Here are common gaslighting phrases:

Your emotions are invalidated, and the implication is made that being sensitive is a character flaw that you shouldn’t have. If you try to convey hurt or any other emotion, a person who is trying to gaslight you may say this to invalidate and downplay your feelings.

The most effective method to answer is to maintain your ground and say something along the lines of, “Actually, I don’t think I’m being overly touchy-feely. I am attempting to communicate what I mean and to describe how I feel.”

In most cases, gaslighting involves an imbalanced distribution of power. The comment could have been made to you by someone with more influence in the community, such as your supervisor or spouse, in an effort to make you feel as though you have no control over the situation.

This statement is designed to undermine someone’s sense of self-worth and isolate them socially, with the final goal of making them more reliant on the person who is gaslighting them. Your family members or acquaintances may also come under attack, and the perpetrators may warn you to steer clear of particular individuals. This can be a very underhanded form of manipulation.

This is a common tactic used by gaslighters to get away with making nasty remarks. They may also begin to make light of the issue by saying unpleasant things in a humorous manner. Listening to this sentence may cause you to question your own reactions and impressions of the situation.

Relationships can become toxic and emotionally damaging if someone uses gaslighting phrases.

A subtle kind of psychological abuse, can build rifts in your relationship as well as give you feelings of uneasiness over time. The following are some instances of phrases used in gaslighting, which appear innocent at first but have a malicious undertone. The following list contains examples of gaslighting phrases that can be used to manipulate a person. See if you recognize any of them!

The personality type known as a gaslighter will frequently use this term. People who engage in gaslighting will frequently dispute what they have been caught doing. They just do not accept what you have to say about the topic and instead flip the discussion back on you.

Gaslighters manipulate with phrases such as these when you might be suspicious of them doing something they shouldn’t be. This is done in an attempt to avoid any contentious talks, which gaslighters want to avoid at all costs. They will act as if your suspicion is a meaningless concept that should not be given any consideration and will ignore it. They have no right to determine the merit of your viewpoints, but by acting as though they do, they force you to question your own value.

2. “You are completely insane and seek support.”

The perpetrators of gaslighting will frequently portray the role of a physician toward their victims. They would prefer that you question your own sanity so that you believe that the issue was true with you rather than their own dishonesty and manipulation because they want you to believe that the fault is actually with you. Therefore, as long as you are the one who needs “help,” they will never have to accept responsibility for changing their own ways of thinking and behaving because they will always point the finger at you as the one who needs “help.”

This is the term that is used the most frequently in gaslighting, yet it can have truly devastating effects. The victim will be pushed to lose ground in their own views and opinions if they are made to repeat the same thing over and over again.

When someone uses certain common gaslighting phases in a relationship with the goal of making the other person question their own memory, sanity, and self-esteem, this is an example of gaslighting. When someone intentionally uses lies to deceive another person about their own mental condition, this behavior is known as gaslighting. Gaslighting can occur in professional settings, among friends, or even in romantic relationships.

How to act when someone gaslights you? How to destroy a gaslighter!

Psychologists developed a test that helps to look at gaslighting phrases from different perspectives. You can find it on the internet, but it is very boring. That’s why I created a distinguisher test. Give it a shot yourself! Try it here: “Proven Ways to Silence Your Inner Critic and Find Happiness.”