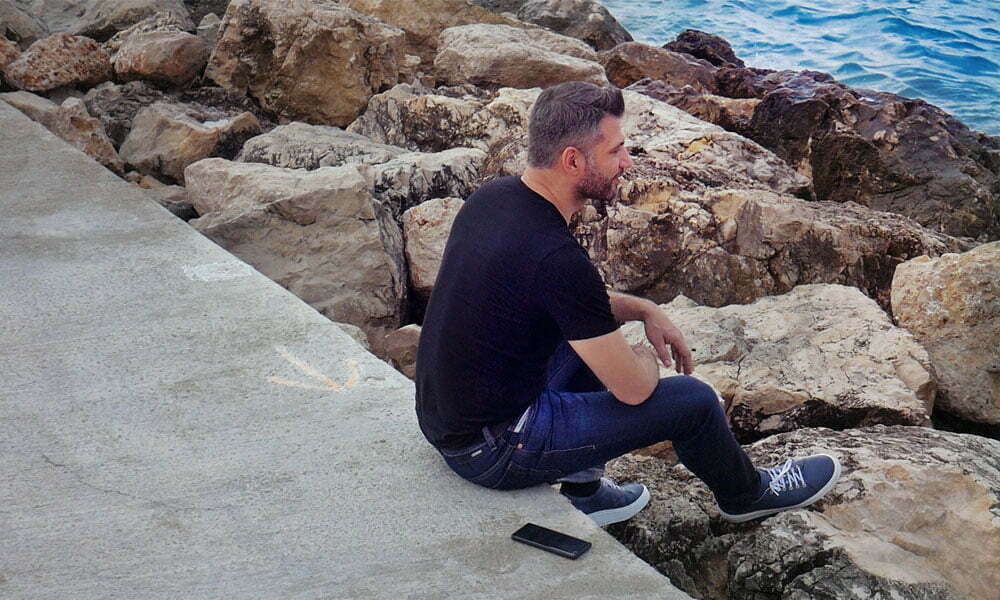 “Alex, did you hear a story about the big house for one dollar?” my mentor asked me.

“Okay, I will tell you a story. I bet on one million, it will change your life,” he said with confidence in his eyes, then, inhaling more air, he began:

“Once, a homeless man went to a garbage dump and saw an advertisement on the street.” The sign read, “Beautiful two-story villa by the sea for sale with a swimming pool and a well-kept garden. Price: One dollar.” The man just couldn’t believe this offer, so he continued walking. On his way back, he came across another advertisement for the same property: “Beautiful two-story villa by the sea for sale. Has a swimming pool and a well-kept garden. Price: 1 US dollar.” The ad looked legitimate enough; it contained a phone number and address. Can you imagine? However, although the ad appeared to be real, it utterly failed to catch the homeless man’s interest. After all, everyone knows that no one really puts a house up for sale for 1 dollar. The homeless man simply didn’t believe the advertisement, so he returned to the street corner where he frequently begged for money. When he reached his begging spot, he threw his hat onto the floor and began asking passersby for money. In less than a minute, a stranger tossed 3 US dollars at him. The homeless man was so happy; he grabbed the banknotes and decided to refresh himself with a cold beer. At the corner was a liquor store. As he approached it, he saw the advertisement about the villa that was on sale for a dollar again. ‘Maybe it’s destiny?’ he wondered to himself. When he arrived at the address, he found himself in front of a vast gate; he proceeded by ringing the door. Upon hearing a pleasant woman’s voice, he asked whether he was at the correct address and inquired whether she was selling a villa for 1 US dollar. What do you think, Alex? What did the woman say?” I shrugged… I had no idea what she could have said…

“The woman confirmed to the homeless man that he was indeed at the villa that was for sale for 1 dollar,” said the mentor. “She showed him a huge, beautiful garden and wonderfully appointed rooms. Stunned by the beauty he saw, the homeless man gave that woman one-third of the money he had earned that day. When he became the rightful owner of the magnificent villa located just a few footsteps from his impoverished past, the homeless man wanted to know why the property’s sale price was so low. The woman smiled and replied, “Before his death, my husband stipulated in his will that I would have to sell our villa and that all the money that I would receive from the sale would have to be transferred to the bank account of his mistress. After all, I’m simply honoring my husband’s last will!” So, Alex, what do you think about it?”

“No… his success is an illusion,” responded my mentor.

When a mentor looked at me with the glance that Tyler (the main character from a movie Fight Club would have made in a moment of fierce), I realized that I was wrong and that everything the mentor would say definitely had a basis, so I zipped my mouth and listened. The mentor went on to explain:

“You see, Alex, no one has ever told the story about what happened after the homeless man bought that villa!”

“And what happened after the homeless man purchased the villa?” I asked impatiently…

“The homeless man lost it! The homeless man was unable to maintain it! Taxes, repairs, and other problems… I swear that this poor man would not be able to keep any of the houses you see now. No matter what the homeless man won, he would quickly lose everything! Imagine what would happen if he were to win this car? Where would he get gasoline? Haha! After all, this iron gift guzzles fuel like a beast! That’s why you should understand one thing—the successful one is not the one who wins a home, car, or even a million dollars. A successful person does not have to pay for a house, car maintenance, and repair; do you understand what I’m saying?”

“Let’s dive in deeper!” he continued, “Imagine, I won a house in New York! Yee-haw!!! But answer me, where will I live when I travel to Jamaica to rest??? I can’t put my house in my backpack, so I will have to pay rent when I go to a new place! Where will I get money for it? I still don’t know how to earn money. I just received a few bucks from somewhere. So is it a success? I don’t think…”

The conversation became more and more enjoyable. The mentor was telling me things I had not read or heard about on television. I felt as if I personally had been admitted to an exclusive seminar intended exclusively for me. With the feeling of a huge privilege, I asked, “And what’s the solution?”

He answered, “Solution? Okay, I will share. Become a man who knows how to work less but earn more. And you will earn money… And that money will pay for your house and all holidays, and even more. In other words, success will come to you when you change your mindset. And if you will not change your mindset, any money has the power to solve your problems. Because if you don’t know how to earn money, they will end anyway. One of my friends bought two yachts and squandered his parents’ money in 4 years. Unfortunately, not many people are aware of this, so they hope to win by buying lottery tickets or earning on bitcoins… But if you make money on bitcoin, what will you do next with that money? You will invest in cryptocurrency again because you can’t do anything else, right? So the best investment is in your mindset, not in cryptocurrency. Only your mindset can generate the biggest amount of money, even more than cryptocurrency.”