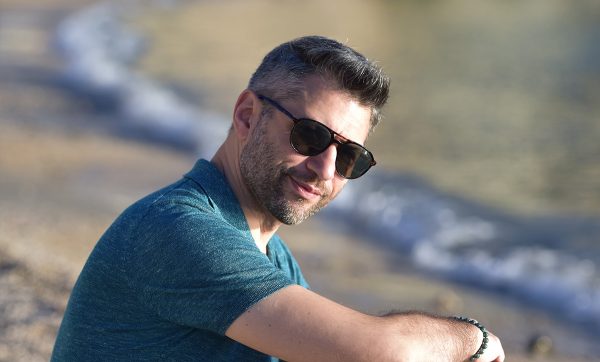 In 2002 I found a job at Victoria Hotel (England, Torquay). That place was miserable. Every f*cking day, coworkers were tearing me apart. Their snide remarks and angry stares were killing me. All my coworkers were against me. They were laughing at me. In the presence of clients called me a fool. I was disgusted with it all.

I didn’t know how to deal with difficult coworkers, so anger gathered, gathered, and one day I told myself, “I am ready for revenge.”

I started with a polish girl named Teresa, who was spreading disgusting rumors about me. One evening I decided to pretend to respect her. I approached her and said, “Teresa, I have to tell you something. I realize that we don’t get along together, but from now on, I will try to make the work atmosphere a little bit more pleasant for both of us. And you know, I have liked you as a person from the beginning.”

Her reaction to my words killed my old mentality forever. If only you could have seen the expression on her face! Tears ran down her cheeks. In the beginning, she thanked me for the warm words. Secondly, in the evening, she approached me and said, “Alex, I spoke with the chefs and asked them to leave you some chicken in the microwave.”

From that day I felt like I was working in heaven. It came to my mind that the only hyena in that restaurant was me.

Shortly after this, the work rules changed, and all the waiting staff obtained the right to eat without a cost. What’s more, this was only the beginning.

I became acquainted with the cooks and found out that one of them played drums, so we became friends. Shortly after, our supervisor, Omar, offered to create a website for his friends. I was new to web designing, but an offer was taken. That’s how the old Alex disappeared. This is how I understood how stupid I was by waiting for love from others, not sharing it. It wasn’t until later that I realized that the people around me were like empty boxes that I filled with negative emotions. But c’mon, expecting good emotions from people you have doused with destructive emotions is the same as trying to drink tea from the cup you shitted into! So if you have problems at work, I have an offer. Start by rewarding those people (who seem to hate you) with inspiring words! Fill them as boxes with love + make positivity louder as Garry Vaynerchuk offers! I’m not talking about compliments regarding their makeup, clothing, or well-done job. I’m talking about other things. You’re not stupid; you understand what I want to say, but why aren’t you saying anything positive to them?

“Why do I need to throw good words at those negative people? They won’t appreciate it,” you may possibly state to yourself. But answering this question is not difficult. Because once I was in your shoes. But I earned respect because I made the f*cking first step!

I hope you understand my thoughts.

So answer, how are you going to use this information?

When I didn’t use this information, Tereza (and all world) thought, “Why does Alex act like a HUGE piece of shit? Why doesn’t he say good things about me?”

What do you think about all of this?

I know it is hard to do good things to enemies when you don’t see anything good in them. But maybe it’s your fault? The truth is, all your haters have friends! Yes, they are good friends, so perhaps they are not so bad? Maybe you have more common things with them than you think, but you didn’t manage to find a connection.

“Why should I find a connection?” you will ask. Just For Fun. Yes, JUST FOR FUN!

Because life is a game, and you can do it with love or bloody tears.

Let’s get to the point. If you ask yourself, “How to deal with coworkers you don’t like,” I will give you a simple tip.

How to deal with difficult coworkers you don’t like

1) When your colleague at work misbehaves, first calm down. TAKE A DEEP BREATH

I know it’s difficult to relax in complicated situations. But there is no other way out when it comes to wise decisions. So next time when someone starts to abuse you, blame you or spread rumors about you, take a deep breath!

2) Use a mantra of calm (I will place it below)

After you take a breath of air, repeat the following words:

If I behave the same way they do—
I’ll be no better than them.
So, from now on,
I’ll behave like a wise man!

I’ll inspire them by example.
That’s what’s noble and pure!
From now on, I’ll treat these people
Better than myself!

With actions, I’ll prove
I am worthy of respect.
I won’t be weak,
I’ll be kind.

Instead of depressing and acting recklessly –
I’ll accept the challenges,
I’ll do it looking fear
Straight into the eyes.

This composition of words will help to reprogram your approach to problems using words that possess value.

In old times people used inspiring words every evening before dinner when the whole family gathered together. Of course, it didn’t solve all their problems, but a part was eliminated. Don’t get me wrong, I’m not suggesting you go back in time and start praying, but I believe you should talk about virtues and use positive words more often so they blend with your subconsciousness.

Oh yes, I truly believe in the power of words.

So I have prepared one more combination of words for you; I call it a mantra. Here it is:

It doesn’t matter whether I’m at home, in a car, outside, or at a club—I’m going to live, not just exist! So instead of asking others why they are sad—I’ll fire them up with my charisma! Instead of waiting for others to be good to me, I will act first! I will share happiness with anyone! And I’m emotionally stronger than Gandhi was. I’m brighter than the sun (I’m speaking metaphorically)! After all, nothing is more potent than knowing that your actions convinced the enemy to put a lot of effort into changing his values.

Write this mantra down or print it—learn it by heart. Then, repeat it until the words blend with you.

Maybe my mantra sounds fake to you? If so, no problem! Create your own! Or perhaps you don’t like any mantras? Then use poems and quotes! Science has shown that short quotes are remembered 76% faster than dry sentences—use them—reprogram your subconsciousness, my dear reader!!!