Hi, I am Alex. I know what public humiliation is. I was humiliated many times, privately and publicly. Just like the guy from “The Karate Kid!” 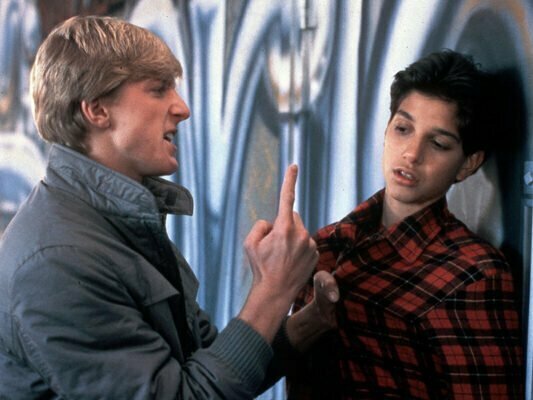 For example, during a lesson, classmates called me a sloth! My coworkers were also creative—they called me a “deadbeat” or even a “bumpkin.” The words of bullies were breaking my heart out. And although for many years I was afraid to talk about it, even though it was extremely difficult, I finally succeeded in dealing with public humiliation!

Oh yeah, today I’m unbreakable! I do what I want without fear of public criticism of me! 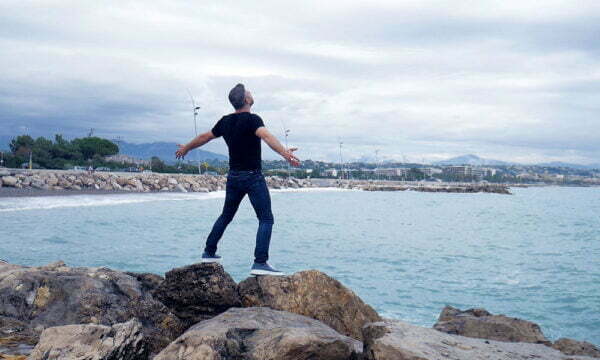 I can shout among people, “I’m a happy person” and…

“Alex, enough of bragging! We understand that you’re cool, but tell us how to deal with humiliation? I have a fear of humiliation, so what should I do?” a reader will interrupt my monologue. In a moment, you will receive 5 tips on how to get over humiliation.

5 tips on how to get over public humiliation

1. Imagine that you are ar star that was invited to a roasting show!

Have you ever seen a TV talk-show where charismatic people criticize each other for fun?

See one of the talk-shows.

Note how the “victim of mocking” behaves—person at whom the whole room is laughing!

I don’t know how you, dear reader, but I was inspired by how roasted people accept criticism! I wanted to be like those who take criticism so easily in such shows. So I created an idea: What if I imagine that I’m in a talk-show, and everybody says harsh jokes about me? Maybe it will help me to prepare for the future?

Simply think, life is unpredictable, so you can’t predict what people might get clinged to you for. For example, someone might upload your funny photo online. Or take a microphone and humiliate you in front of your friends? Since no one can anticipate all of these situations, I begin to imagine the worst possible situations and ask myself, “What would I do if the whole planet were laughing at me?” Oh yeah, thinking about it has become a game. Get me right; I’m not paranoid. Thinking about it was a game. Yes, life is a game, and no need to look at it too seriously!

2. When someone gets in your way in public spaces, remember why people like to humiliate others. Usually, they want attention because they lack happiness.

Dear reader, answer, can you imagine Justin Timberlake writing humiliating messages about you?

Timberlake has enough attention, so he doesn’t need to touch you unless to do something good. And if he needs more attention, he will create a new song or do something inspiring because his values are different. But many unsuccessful people don’t get enough attention, so they try to receive more of it. Their values are different. And of course, some people can join these people because their values ​​are also poor. But why take seriously those whose values ​​are violated? Is it really worth it to overestimate the languages ​​of these people? I understand; if you respect them, then it’s worth listening to them, but if you don’t respect them, then why believe what they say?

Moreover, it’s interesting that there will always be people in the world to support you, no matter how humiliated you are. And more. The more humiliated you are, the more likely there will be people who stand by your side. Remember the athlete, Kamila Valieva. Lots of people criticized her. However, as soon as Kamila’s coach joined the critics, the President of the IOC, Bach, stood up for her. Sometimes you are not stood up by someone because you have received too little criticism… I know these thoughts may sound strange, but sometimes that’s the case.

3. Focus on the benefits you can get from public shame.

It means that shame housed by humiliation can help you transform your personality—to become an unbreakable person in some cases. Oh yes, I believe this statement! Because it was the humiliation, I experienced as a teenager that caused my personality change! After all, if everything were okay, I would not try to change!

4. Act like Jordan Peterson when he receives harsh criticism!

Jordan Peterson is a social figure who is able to control himself no matter what situation he finds himself in. He is always calm no matter how many accusations he gets! Many tried to humiliate him, but it failed because Peterson is emotionally hardened and clearly more intelligent.

When it comes to calmness and the ability to conduct discussions, it is worth mentioning wonderful debater Ben Shapiro:

There are many examples on the Internet in which wise interlocutors receive a lot of criticism and accusations but manage to organize their emotions. Their advantage is that they don’t react personally to insults. They see abuses differently. I know it isn’t easy; after all, you, the reader, are not a public speaker. But you can learn it. In a moment we will talk about it!

5. Learn about public humiliation. It’s vital if you want to help yourself, your friends, and your family.

My daughters are still very little. They go to kindergarten. But the day will come when they start going to school. I can’t even imagine how they would act if they were publicly laughed at. But if that happens (unfortunately nowadays, when public humiliation on the Internet is a widespread phenomenon), I already know how I will behave. Since I have delved into bullying a lot, I understand why bullers are so furious, how to recover from humiliation and how to help others when they are dealing with humiliation. Since reading many studies, I have contacted many psychologists; I can now help my relatives. And you, do you know how to help your loved ones if they are attacked in public or at work?

Therefore, I propose to delve deeper into this issue. If you understand what it is, how it works, and why people like to shame one another, you will become more resistant. Oh yes, when you know about all of it, it’s easier to cope with any type of shame. As the cleverest man in the world (Alex Monaco) said, “If you want to defeat your enemy, find out his weaknesses.” Note that in the last sentence, I sarcastically stated that I’m the smartest person in the world, which is not true. I did this because I wanted to show you, the reader, how to laugh at yourself. When you emphasize that you are not the smartest, you are getting rid of critics. When critics see that you are not self-exalting, they lose their desire to touch you.

It’s important to understand that the thoughts you read in this article are not innate. I learned all of this by reading books and…

“Stop, Alex, can you recommend what books to read?” someone will interrupt. I have two recommendations for the beginning!

You can start from books like “So You’ve Been Publicly Shamed.” 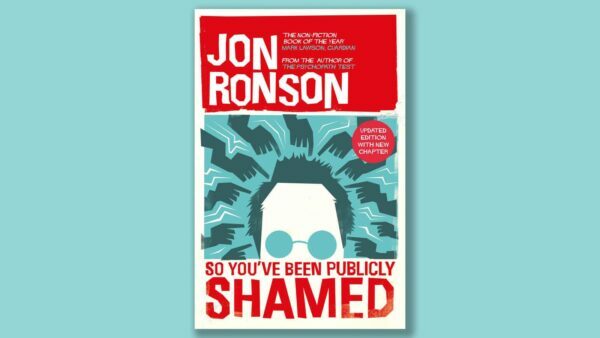 Although “So You’ve Been Publicly Shamed” is harder to read than “Fifty Shades of Grey,” but I still suggest delving into investigations of online shaming via social media that you will find in this book. 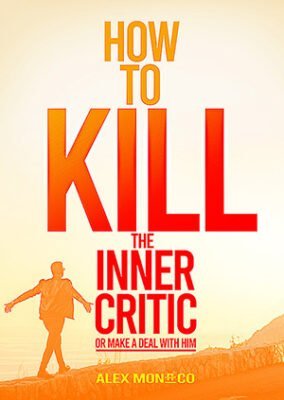 6. Admit a mistake or… Go ahead boldly because there is something more important than personal pain!

You can find a video on YouTube where Patrick Bet-David asked Dr. Carolina Lea, “How to Handle Public Humiliation on Social Media?” She offered to admit mistakes and move on. But…

Sometimes we are attacked not because we make a mistake but because we don’t behave the way most people want. For example, remember Snowden. Some people wrote him off. But he went to the end. Because his goal was not to please people, he had a different mission that was beyond personal gain. In other words, sometimes there’s nothing to apologize for, so you don’t have to.

So if you have done a good job that humanity has not yet understood, you will have to endure the pressure. And that’s amazing because you are a fighter for justice, not a damn bumpkin.

I realize it’s hard to be pressured from all sides, but what is the value of living if you are toady to a majority?

So I advise you not to be scared and move on, even if you are humiliated. You just have to live, and people will understand what happened one day because only those who have kept their opinions remain in history.

It’s important to understand here that if you want to change the world, you’ll need to strengthen your emotional intelligence because everyone who fights for true values is criticized and humiliated.

Let’s remember Luther King, Gandhi. How many times have they been humiliated? But the British Empire failed to break Gandhi! Because his personality was stronger than a rock. This is the most important thing—react correctly to public humiliation! This is the most important piece of advice. So when you ask yourself, what to do when someone shames me, look in the mirror and answer: “My mission is to promote true values. It’s most important. This is more important than the opinion of people who do not understand true values. So focus on your life’s mission, and not on what others say, even if they do it online, and have money to use guerrilla marketing!”

Attention: I wish people would dig deeper and get into their heads about the real values. Since most of the time, people don’t fight for the right values—they just think their values are the most righteous. I know this is a big dilemma… However, some books talk about true values, and one of them is the book “Morals for XXI Century.”

7. Be nobler than the bully because it’s the right thing.

Never treat your harassers worse than they do, or you will end up being a bully. 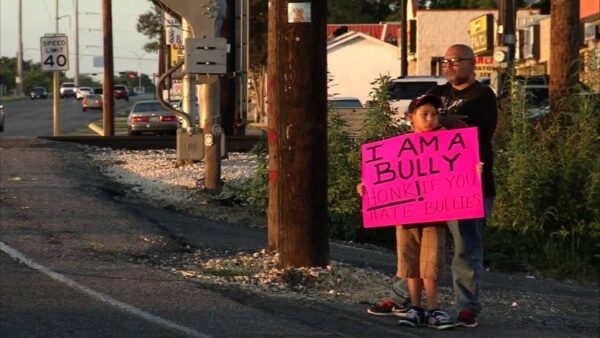