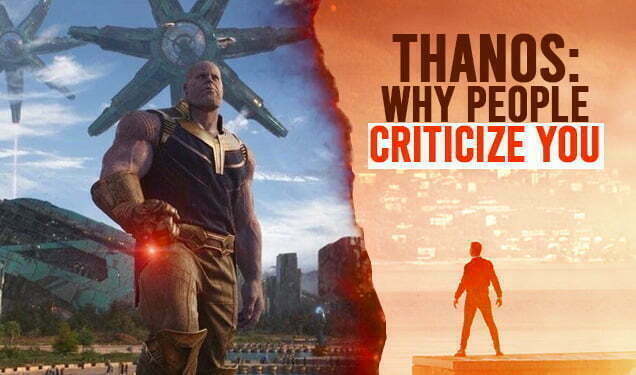 Despite The Avengers being a famous and successful movie, its storytelling has huge holes in it. In a moment, I will tell you about the biggest mistakes Thanos (cosmic-scale radical environmental activist that tickles the nerves of Iron Man, Captain America) committed in the film. Just be warned that this article will give you more value than you imagine. After all, we will not only talk about Thanos but also about you, the reader. Oh yes, in this article, your creativity will be intertwined with true, about why people criticize you. Let’s begin from 3 biggest mistakes!

As adopted in inspiring, breathtaking films, viewers need to receive an explanation of the protagonist’s motivations so that they can empathize with the situation even more, understand what is happening and why, but the filmmakers have failed.

I will not lie; the director tried to solve this problem in the Infinity Wars. Can you remember the scene where Thanos tells Iron Man the reason why he chose to exterminate half of the population? He states that his planet has faced a cataclysmic shift, and the inhabitants of his planet were running out of resources and were overpopulated. To resolve these issues, Thanos decided to randomly annihilate half the population in order to save the other half. He ordered genocide.

After this, Thanos decided to work on a larger scale—randomly killing half the population of the universe. This goal rises 100 questions. It’s unclear why mister Thanos chose this solution, given that Thanos himself had already employed killing methods before, but they did not work. Or am I wrong?

Let’s go back to the scene where Thanos talks to Iron Man and shows him what happened after killing half the population. The sight is bad—the planet is overflowing with ruins. While the ruins are 100% proof that the idea of killing half the population is not working, Thanos still wanted to continue his “mission.” Do you understand now why the motivation to kill half of the universe is unclear?

The Marvel guys could come up with a storyline where Thanos finds himself in a position where he realizes the only way out is mass murder. Maybe he had a teacher who gave him this “subtle” idea. Maybe a brick fell on his head, and such a desire arose…

It probably all happened…

Let’s remember a movie called “Taken.” The protagonist was a father whose daughter was kidnapped. The film’s essence is about a father’s search for his lost daughter, the motive of which does not even need to be interpreted. Not to mention “Star Wars”; in Episode III, Skywalker became Darth Vader.

His wife was seriously ill, and the Lord of Darkness offered to save Skywalker’s wife’s life, but this was only possible by switching to the dark side and using the forces of darkness.

Skywalker didn’t like the Jedi, and their constant urge to control him and other flaws motivated him to go to the evil side. However, the situation with Thanos is different, but that’s not all. Let’s look at his mission from a different perspective.

Although the comics state that Thanos hails from a planet of extremely intelligent people, this does not correspond to reality, as his decisions are super superficial. Think for yourself; after all, Thanos’ job was to eliminate half the population of the universe, right? But he didn’t have enough brains to think about what would happen in, say, 50 years. And the answer is simple. Imagine 8 billion—or half the world’s population—disappeared. Only 4 billion people remain. Why eliminate half of the people on the planet when in about 50 years the world population will again exceed 8 billion? 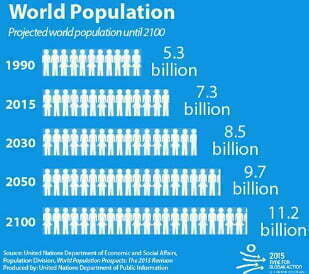 Now imagine a different scenario. Imagine a small planet with 10 people. If Thanos snaps his fingers and half of them die, how many years should it take before 10 people appear on the planet?

As we all know, only creatures like humans can harm the planet. Nonetheless, there are a billion planets in the universe in which vile creatures like us have not yet evolved. Therefore, these planets are perfectly safe and need no help. Nevertheless, they can be inhabited by various animals, but Thanos did not consider this. He killed half of organisms in the entire universe, including unseen animals; birds, six-legged kittens (I don’t know how many legs cute animals on other planets have), or hundred-legged elephants. And what about all butterflies?

How many were there in the universe? Half of them disappeared. What for? Were those butterflies trying to dig oil? Apparently, Thanos took revenge on butterflies because one of them accidentally sat on his nose and hurt him?

“You are a fool, Alex. You shame the cool guys that made The Avengers!!!” will bring up a reader for whom l’ll confess how much I love The Avengers. This movie has many positive qualities. I don’t even know where to start. I love Iron Man, Doctor Strange. And I’m really happy they made many mistakes in the movie as it shows that you don’t need to be perfect.

Think about your passion!

Think about projects, or even a letter to a friend containing a sincere declaration of love, which you do not want to send because you think you will be laughed at… Understand this, you must share your creation, even if you are afraid to be criticised. Why? If even the most successful creators make mistakes, then heck, do you really need to be perfect and infallible?

Ok, we can look at this article from another dimension. Please imagine, Marvel calls you and asks for the next Avengers. So you must create a story and work on characters. You show your first ideas to your friends. They say that it is not good, as there is no logic in a plot. To satisfy the desires of critics, you try to create a story that will not be criticized. You clean it to a fuck**g air.

You make all heroes perfect and the story becomes uninteresting because the infallible hero loses his véracité. Directors and screenwriters know that the more mistakes a hero makes, the more alive he will be, and the viewers will identify and sympathize with him. That’s how they create a connection between the movie and you. The same is with your passion, projects.

Please, remember your desires. Perhaps you want to release an album. It could be that you want to create a documentary, script, or launch a new brand. Do it! And don’t try to be perfect. Don’t be a damn perfectionist! The fewer questions your creation raises, the more standard you are!

And don’t be sad when someone accuses you of mistakes, inconsistencies, or illogicality—these are just words.

Understand me correctly. I don’t mean you have to compromise on quality, but it does mean that anyone who needs them will find mistakes in your creation.

…finally, I could find flaws in every movie, for heaven’s sake!

Let’s say in Winter Soldier, Iron Man gets angry at Captain America because Captain America knew who killed his parents but didn’t say. (A little cheat.) But at the end of the movie, Iron Man receives a small phone in the mail and a note from Captain America in which he apologizes and invites him to call him whenever he needs help.

Iron Man decides to keep this little phone, just in case… The story continues in The Avengers: Infinity Wars. In the face of grave problems, Iron Man realizes that he needs to call Captain America as soon as possible. He still thinks about it, as he doesn’t want to… and yet he takes out of his pocket the small cell phone that Captain America had sent him… So the question is, why the hell did Iron Man have this phone containing only one number with him all this time?

Regarding the film and criticism about life.

In this article, I criticized Avengers for one reason. My aim was to show you how it is easy to squeeze an elephant out of a molecule. I could also criticize you, reader. After all, I could find holes anywhere! Maybe I could even find wrinkles on your face. So you have to understand that, quite often, critics drive you crazy not because you are untalented or bad, but because they have a lot of creativity and are selfish assholes.

Oh yeah, when you’ll ask yourself “Why do people criticize me?” smile and don’t say anything! Save time and energy for your dreams!

Because everyone makes mistakes, even the thousands of people who worked on The Avengers movie.