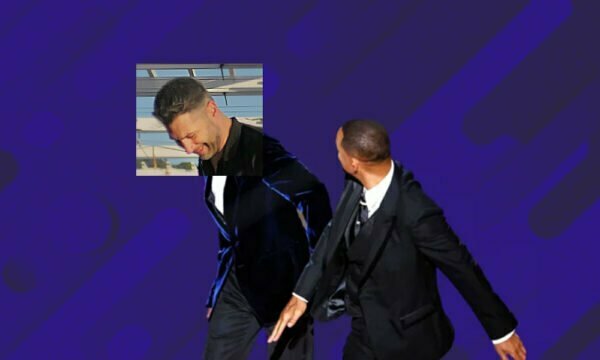 While the entire world was discussing Will Smith + his legendary slap, I was concerned about another problem: What can this hyperscandal teach us?

In a second, I will reveal 5 things that everyone should take out of this article.

But let’s start from the beginning.

At the Academy Awards in 2022, legendary comedian Chris Rock said a joke. About Will Smith’s woman.

What can you learn from this scandal with Will Smith?

1. Because of this Will Smith’s act, the world in TikTok stopped talking about the war in Ukraine.

TikTok is an interesting thing. It shows what people care about the most now. And it’s clear that every third post is about Will Smith. Hopefully, people will come back to more important topics. After all, damn it, people are dying in Ukraine!

2. Hollywood is a party of superficial people.

Everyone knows that the stars we see on our screens are superficial. However, there were many people who thought the opposite. For example, when asked what he thought about the Will Smith slap, Jim Cary replied, “Hollywood is not the cool club anymore.” An interesting thing, when the Oscars and Hollywood were cool?

3. Attempting to solve problems in a public arena can result in the creation of even more problems. Therefore, it’s preferable to solve difficulties in person—one on one.

Will Smith wanted to shut one man’s mouth. However, his actions worsened the situation. Now the whole world is talking about his woman. It means that if you want good for your family and loved ones, you must consult your family before you act the way you want. But Will Smith decided to solve this problem as in Slap Hero For Slap King Game.

On the other hand, he could have fixed it on stage. If he had come out on stage and said, “What you are talking about is very painful for us, especially now. I would be grateful if you didn’t make jokes about my wife because your jokes are out of bounds. I hope you can understand that. Thank you, man.”

4. No success can give you peace of mind if you are emotionally weak. Emotions are the key. Not money or something else.

William James Adams from Black Eyed Peas expressed his views on Will Smith’s behavior at the Oscars.

Pay attention, William James mentions “stabilize his emotions” not once, but twice. It’s a signal that everyone has to catch. Damn it; he’s not saying you need to earn more $. He’s not saying that you need to win an Oscar. He doesn’t say that other things are needed.

So why do Denzel and William, as agreed, want to emphasize the word “emotions”?

Because it’s not about $ and not about relationships, but emotions. Everything else will pass by itself. And it seems obvious, doesn’t it??? But at the moment, millions of young people are striving for success. And when they achieve it, sitting among successful people, they will feel bad because they haven’t sorted out their emotions. And no matter how successful and famous they are, they will still need to learn to balance their emotions… Because otherwise, they will fall. Because stabilizing emotions is the only way. It’s exactly what has shown us this and a million other events that we see in the media.